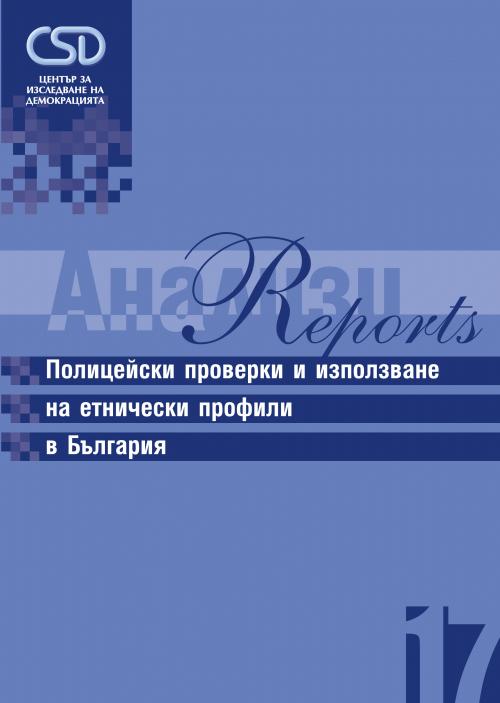 Author(s): Tihomir Bezlov, Martin Dimov, Philip Gounev, Nikoleta Yordanova
Subject(s): Politics / Political Sciences, Politics, Social Sciences, Law, Constitution, Jurisprudence, Criminal Law, Sociology, Security and defense, Applied Sociology, Evaluation research, Criminology, Studies in violence and power, Penology, Inter-Ethnic Relations, Ethnic Minorities Studies, Penal Policy, Sociology of Politics
Published by: Център за изследване на демокрацията
Summary/Abstract: Between June and December 2005 the Center for the Study of Democracy and Vitosha Research, supported by the Open Society Justice Initiative carried out a study of police stops. The resulting report Police Stops and Ethnic Profiling in Bulgaria examines the use of stops by the Bulgarian police, focusing on the practices of disproportionate stops of members of the Roma ethnic minority. The report also highlights issues related to police abuse during stops as well as crime among in Roma communities. The study is part of a Europe-wide initiative aimed to map discriminatory police practices across Europe. In addition to Bulgaria, research was carried out in Spain, Hungary and Russia indicating that there is disproportionate treatment of minorities by the police in all these countries. Police stops are the main point of contact between officers and citizens. Police officers view stops as essential for detecting and preventing crime. Therefore, the appropriate use of this tool is crucial to police efficiency, whereas when used in the wrong way, it could seriously deteriorate the relations between citizens and the police. The findings and the report were launched at a public meeting of the National Crime Prevention Commission on September 19, 2006.