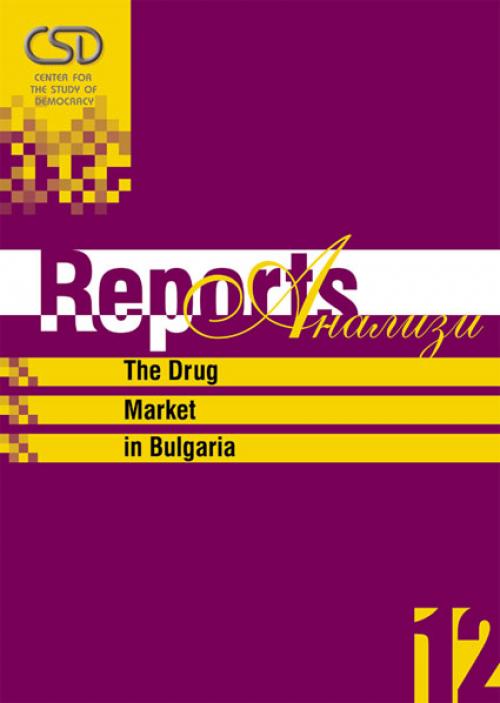 Author(s): Author Not Specified
Subject(s): Politics / Political Sciences, Social Sciences, Economy, Law, Constitution, Jurisprudence, Criminal Law, Sociology, Applied Sociology, Criminology, Studies in violence and power, Substance abuse and addiction, Penology, Victimology, Welfare services, Economic development
Published by: Център за изследване на демокрацията
Summary/Abstract: The Center for the Study of Democracy has undertaken a special inquiry into the topic of drug abuse - which was fueled by the drug epidemic of the late 1990s and has grown to become a real social threat - and the problem of drug dealing, which is a major mechanism for the generation of organized crime in Bulgaria. This report addresses drug supply and demand in Bulgaria with the ambition of mapping a vast information void and identifying the basic mechanisms and stakeholders of the drug market. However, the peculiarities of drug diffusion and consumption do not allow the use of the standard suite of economic research tools and vehicles throughout the study. This analysis has been divided into three sections. The first addresses the genesis of drug distribution, while the second describes its structure and functioning. The findings about supply presented in the first two parts are based on a series of in-depth interviews with dealers of different groups of drugs, long-term drug users, with police and security officers (experienced in combating drug traffic, drug production, and drug dealing), doctors, and civil organizations engaged in treatment services to drug addicts. Section 3 highlights drug demand, and brings into play the findings of the First National Population Survey on Drug Consumption in Bulgaria conducted by Vitosha Research. For the purpose of this study, CSD and Vitosha Research used the research tools of the European Monitoring Center on Drugs and Drug Addiction (EMCDDA). While paying attention to a variety of views, the team of authors has tried to find common ground upon which to evaluate the actual number of drug users in the country. Even if population-based surveys are often unreliable due to stigmatized and hidden patterns of drug use, they are the type of surveys that provide a comprehensive representation of the situation in the country, as well as reference material for later in-depth studies.In addition, a series of indirect variables, tailored to Bulgarian circumstances, were drawn up to register psychoactive substance use. Two more surveys, of the qualitative type, were conducted: one among heroin addicts and frequent users of soft drugs, and another among experts and treatment agencies. This report was developed by the CSD as part of project evaluating the patterns of drug supply and demand in Bulgaria.