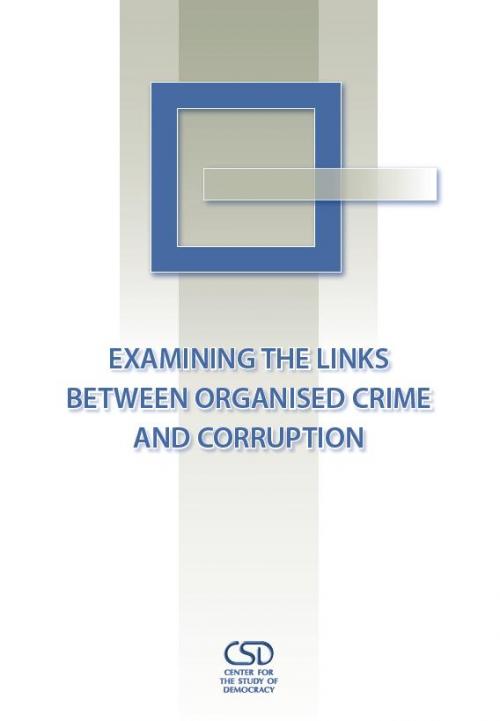 Author(s): Philip Gounev, Tihomir Bezlov
Subject(s): Politics / Political Sciences, Politics, Social Sciences, Economy, Law, Constitution, Jurisprudence, Criminal Law, Sociology, Economic policy, Applied Sociology, Criminology, Economic development, Penal Policy, Socio-Economic Research
Published by: Център за изследване на демокрацията
Summary/Abstract: The study Examining the links between organised crime and corruption was commissioned by the European Commission (DG JLS). This is the first study that examines systematically across all 27 EU Member States how organised crime uses corruption as a tool. The study is based on more than 150 interviews with corruption specialists (police, prosecutors, criminologists, and fraud specialists). More than 120 statistical and survey indicators on corruption and organised crime were analysed to examine the trends and patterns in organised crime’s use of corruption. The study focuses on how organised and white collar criminals use corruption to target public institutions (politicians, police, judiciary, and customs), as well as how it is used for the operation of key criminal markets (cigarettes, drugs, prostitution, car-theft, and extortion-racketeering). The study also examines how private sector company employees are corrupted by organised criminals. Although the study does not map the specifics of how corruption is used in each EU Member State, six in-depth studies (on Bulgaria, France, Greece, Italy, Netherlands, and Spain) provide a more in-depth look in the situation in these countries. The study was presented in April 2010 at a meeting organised by the EC to representatives of ministries of interior of all 27 EU Member States. In July 2010, the study was presented at a hearing of the Committee on Civil Liberties, Justice and Home Affairs (LIBE) of the European Parliament.