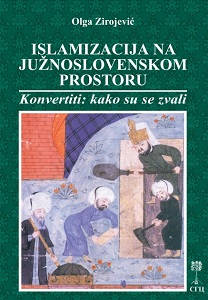 Converts: as they were called

Author(s): Olga Zirojević
Subject(s): Cultural Anthropology / Ethnology, Culture and social structure , History of Islam
Published by: Srpski genealoški centar
Summary/Abstract: Personal name always communicates identity, and as a result of this, taking a new name is very important part of conversion, this name being a formal feature of the new Muslim identity of a convert. Repertoire of names in Islam is very rich, because the whole nature, starting from the Sun itself (šems – Šemso, Šemsa), serves to Muslims as a source of names. Starting from the fact that the emissary Muhammad recommended only those names that are not opposed to Islamic dogma, in the forthcoming period, during the process of islamization of non-Arabic nations, it became a duty for a new Muslim to be given such a name. That is the reason why converts came to take names most often associated to Arabic history and Old Testament prophets. It is known that in the Arab Middle age even more than two thirds of Muslims – converts gave their sons Arabic religious names (Mehmed, Ahmad, Ali, Hasan, Hüssein) or biblical or more precisely those from Koran (Ibrahim, Ismail, Yusuf along with others). This practice will continue in Turk Osmanli period. Finally there is the name Sinan that was, as a rule, according to Fr. Babinger, taken only by renegades (Mimar Sinan was certainly the most famous among them).Importance that is placed on names is convincingly illustrated by the fact that even those that had Turkish or more precisely Islamic names on the occasion of conversion took a new, Islamic name. Namely, it is not unknown that since the times of Turks Seljuk, and later in Turk Osmanli period as well, many Christians and Jews bore Turkish and Islamic names (such as Kaya, Arslan, Aydin, Armağan, Bahtiyar, Devlet, Gökče, Tursun, Emin, Čoban, Hizir, Kurd, Kargöz, Iskender, Sinan, Budak, Karaca, Čiček, Kumru, Šahin, Timur, Dede, Širmerd, Musa.Yahya). Similarly, the Greek man Murad from Manisa, after conversion (1621) gained the name Mustafa. For example, in the town Adana, as recorded in the census record book from 1572, out of 451 Christians, 61 of them or 14% had Turkish name, being mainly Karagöz. As claimed by Y. Kurt, these are pre-Islamic names that were brought along with Pečenezi and Uz Turks, Christians-builders Sulejmanli in Istanbul also had Muslim names. Along with the aforementioned, names such as Bayezid, Džafer, Hasan, Hüssein, Hudaverdi, Mehmed are encountered. Generally based on the official Osmanli census records, on the Balkans region Christians bore Turkish names (and these names were also welcomed by converts), and the most frequent names are Šahin, Širmerd, Dogan, Balaban, Senk(ğ)ur, Karadža and Hamza. This last mentioned name originates from German or Sasi name Johannis or more precisely Hansa, later Hamza, and it is not protective name. The aforementioned Turkish names do not have necessarily to be such: it is an obvious process of turkisation, especially in the area of Asia Minor.