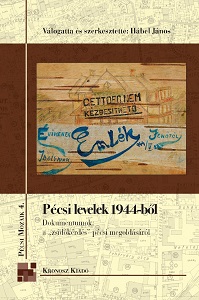 Documents on the Solution of „the Jew issue” in Pécs