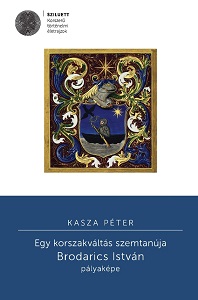 Author(s): Péter Kasza
Subject(s): History, Cultural history, Diplomatic history, Political history, Modern Age, Special Historiographies:, 16th Century, The Ottoman Empire
ISSN: 2064-518x
Published by: Virágmandula Kft. - Kronosz Kiadó
Keywords: Battle of Mohács in 1526;Hungarian historiography;16th century Hungarian diplomacy;Hungarian humanism; István Brodarics
Summary/Abstract: István Brodarics was born into a lesser noble family in Slavonia around 1480. Due to his education, language mastery and well-chosen patrons, he rose to the top and met almost all the rulers, significant politicians and prominent scholars of his time. He died as the bishop of Vác, a member of the Hungarian prelacy in 1539. Beside his career, the six decades spanning from his birth to his death were also extraordinary. When he was born, the Kingdom of Hungary ruled by Matthias I (Hunyadi) was one of the most significant middle powers of Europe and the royal court was the citadel of Humanism. However, two years after his death, Buda was captured by the Turks and the country became divided into three parts for 150 years. István Brodarics was one of the most prominent witnesses to these decisive years. He not only survived but also formed the events of his era and, what is more important, reported on them in his writings. Being the chancellor of the country, he participated in the Battle of Mohács in 1526 and his account of the fight is one of the basic texts of Hungarian historiography. Hundreds of his letters offer an insight into the thoughts of a European-minded Humanist and, parallel to this, guide their readers through the thick of contemporary high politics, into royal courts, on dangerous diplomatic missions and some secret negotiations relating national affairs. Péter Kasza has been investigating István Brodarics’s literary and historical activity for more than a decade. Following his numerous conference lectures and studies, he published a critical volume of Brodarics’s correspondence in 2012. This Brodarics biography which boasts with several new achievements and is based on the historian-philologist author’s impressive familiarity with sources might arouse the interest of not only historians, literary historians and cultural historians dealing with the era but also that of the wider reading public.