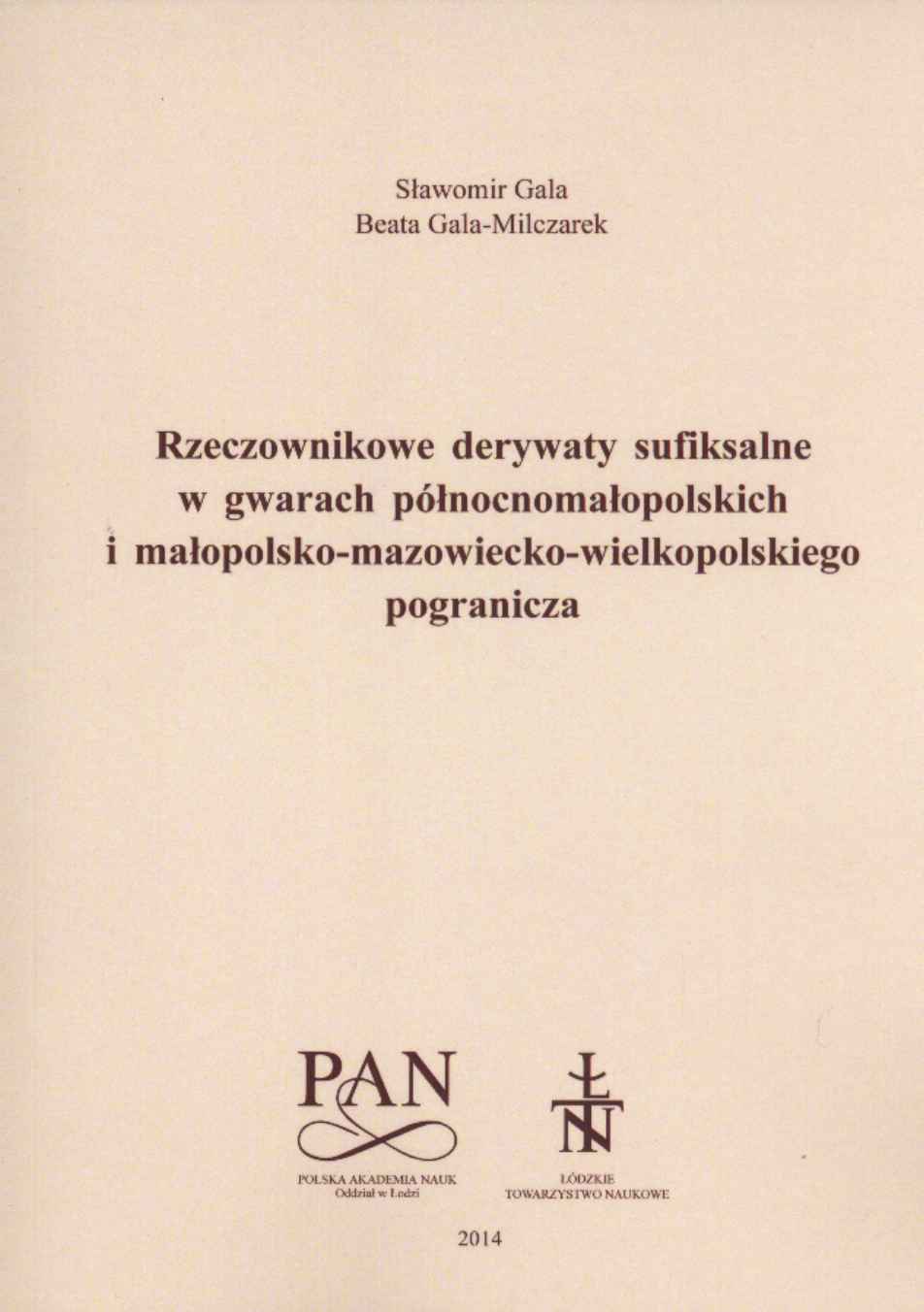 Author(s): Beata Gala-Milczarek
Subject(s): Language and Literature Studies, Theoretical Linguistics
Published by: Łódzkie Towarzystwo Naukowe
Keywords: word-formative descriptions; taxonomy; deverbal nomina actionis; resultativa; agentis; desubstantive nomina deminutiva; augmentativa; professionalia; deadjectival nomina essendi; attributive
Summary/Abstract: The book’s title and its methodology encourage its outcomes’ reference to, and comparison with, the results of the word-formative descriptions of general, historical, or dialectal Polish. The publication has been designed as a two-volume monograph. Part one aims at interpreting and systematizing the derivatives according to the following criteria: morphological, i.e. derivational markers within a type family, grammatical, i.e. word classes as derivational bases, and functional, i.e. word-formative and semantic categories. The taxonomy of the categories results from a paradigmatic regularity, i.e. the relations between the derivational markers, the grammatical nature of the bases, and the word-formative meaning. Of prime importance to this publication are the categories characterized by a paradigmatic regularity, cf. the deverbal nomina actionis, resultativa, agentis, desubstantive nomina deminutiva, augmentativa, professionalia, deadjectival nomina essendi, attributive, etc. The desubstantive derivatives also include the structural, tautological derivatives. The final component of the systematizing schema is the suffixal structures of no word-formative and semantic function, treated separately because of the quasi-morphological factor. With the adopted taxonomy, it was possible to highlight the derivational center, the grammatical nature of derivation, and the dynamics of deviating from the paradigm toward the peripheries with a more prominent role of the lexical factor. The monograph is based on Słownictwo ludowe z terenu byłych województw kieleckiego i łódzkiego, complemented with the data from Atlas gwarowy województwa kieleckiego. The horizontal frames between the rivers Vistula, Bzura, and Warta, as well as the geographical-linguistic criterion, sanction the adoption of the term of “the dialects of northern Lesser Poland, and of the Lesser Poland, Masovia, and Greater Poland borderland.” The lexis’s chronological caesura defined through the time of its collection, i.e. the land exploration of the second part of the 20th century and the age of the informants, born in the 19th century, points to its historical character. As regards the genetically diverse vocabulary performing different semantic functions and spread out chronologically, the inchronic method has been used, which does not decidedly discriminate between diachrony and synchrony. Inchrony does not depart from chronology seen as a historical phenomenon of placing derivatives in the past. It refers to the lucidity of the formation based on the detectability of direct relations – which stimulate categorical meanings – between derivatives and base vocabulary. Penetrating the depth of the chronological structure of derivatives is justified by their dialectal functionality, and often leads to unveiling the primary derivational act, the etymone. It serves the evaluation – from the perspective of the current function – of many semantic relations decided historically.