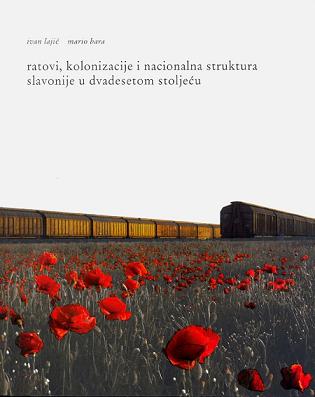 Author(s): Ivan Lajić, Mario Bara
Subject(s): History, Social Sciences, Sociology, Recent History (1900 till today), Cultural Anthropology / Ethnology, Culture and social structure , Demography and human biology, Migration Studies, Ethnic Minorities Studies
Published by: Institut za migracije i narodnosti
Keywords: Slavonia; East Croatia; Baranja; population; Serb population; Croat population; “Yugoslav” population; demography; migration; Croatian War of Independence; World War I; World War II; colonization
Summary/Abstract: Due to favourable terrain, hydrographic, climatic and traffic characteristics, the territory of Slavonia was from ancient times an attractive settlement zone and therefore had a dynamic demographic development. In the first half of the 20th century, the national character of migration was strongly determined by: territorial affiliation of the region to various political entities during recent history (the Austro-Hungarian Empire, the Kingdom of SHS/Yugoslavia, the Independent State of Croatia /NDH/, socialist Yugoslavia), political-social systems that organized colonizations of the area, and economic factors. War events by their meaning encompass the characteristics of ethnic conflict as well, making the consequences particularly obvious through selective war mortality, forced migrations and changes in the ethnic composition of certain areas (this was especially obvious in the Second World War and the Homeland War). On the other hand, colonizations after the First and Second World War, which were also ethnically based as a reflection of relations of power among various political and social elites, had an almost equally strong impact. Peacetime periods brought other forms of mechanical, unforced population movements (mostly rural-urban migrations). The post-war development of Slavonia, along with increased deruralization and industrialization, attracted not only the surrounding rural population but also labour force from other parts of the former state thus causing change in the ethnic structure. Recent demographic trends have been determined by the dissolution of Yugoslavia and the armed conflict following the entire process. The consequences of war and post-war events are most apparent in the field of mechanical movement (forced and mandatory migrations). Comparative demographic analysis of two last censuses in 1991 and 2001 proved that during this decade the following took place: a significant depopulation of most cities and municipalities, a change in the ethnic/national structure, an absolute and relative decrease of the Serb population, an absolute and relative decrease of other minority populations, a relative and absolute increase in the proportion and number of Croats, and aging of the entire population of Slavonia with more intense aging in the areas where the Serbs constituted a relative and absolute majority in the Homeland War.The result of these long-term processes - colonizations, war and ethnic conflicts, war and post-war mechanical population movements with selective forced and involuntary migrations - had an effect on a significant increase in the number of the majority population followed by the reduction or almost disappearance of certain minorities.