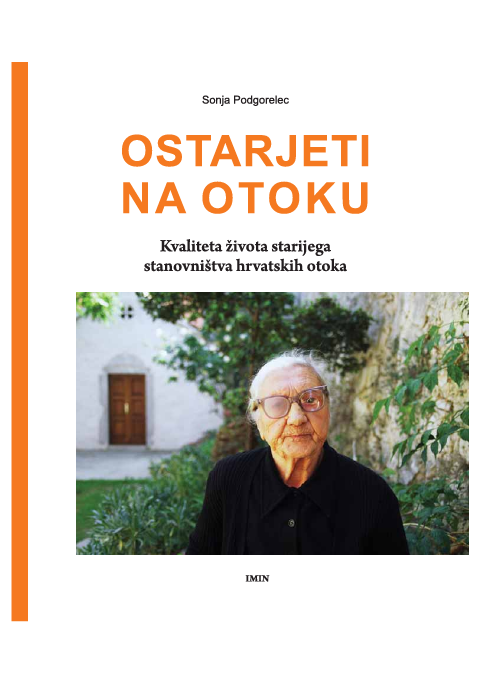 The Quality of Life of Elderly Populations on Croatian Islands

Author(s): Sonja Podgorelec
Subject(s): Anthropology, Social Sciences, Customs / Folklore, Sociology, Cultural Anthropology / Ethnology, Health and medicine and law, Family and social welfare, Demography and human biology, Gerontology, Welfare services
Published by: Institut za migracije i narodnosti
Keywords: retirement age; ageing; Croatian islands; demographic ageing; island life; life story interviews; island communities
Summary/Abstract: The ageing of the populations of Croatian island is the result of the process that marked island life during the past century – emigration. Permanent outflow from the islands of mainly younger people of working age had a gradual effect on the total reduction of population, and also on natural demographic trends, causing a fall in the birth-rate and relative growth of the death rate. The result of such natural and mechanical trends was the ageing of the island population reinforced by the return of islanders after retirement to their island. The specificity of island life, the age and gender structure of the population as well as the self-reliance of frequently small populations, have determined the roles of individual groups and have forced the inhabitants of the Croatian islands to lead active lives into advanced old age. The author argues for a broader conception of understanding the activities of elderly members of island communities and provides an answer to the questions of the ways of island life and the role of migration, evaluates the problems of island community and ways of solving them, and talks about the place of elderly people in revival programmes for the islands and the quality of their life at the beginning of the 3rd millennium. In this connection a quantitative analysis of census data and data from various other institutions were used, while in the field survey the questionnaire method was applied as well as the biographic method or the method of deep interviews. The questionnaire survey was conducted on a sample of the populations of Ugljan, Iž and Dugi Otok. Likewise we tried to give a broader and more individual picture of the quality of life of the elderly island people through ten life stories of old islanders, the majority of whom were inhabitants of the Kvarner islands: Krk, Cres and Lošinj.