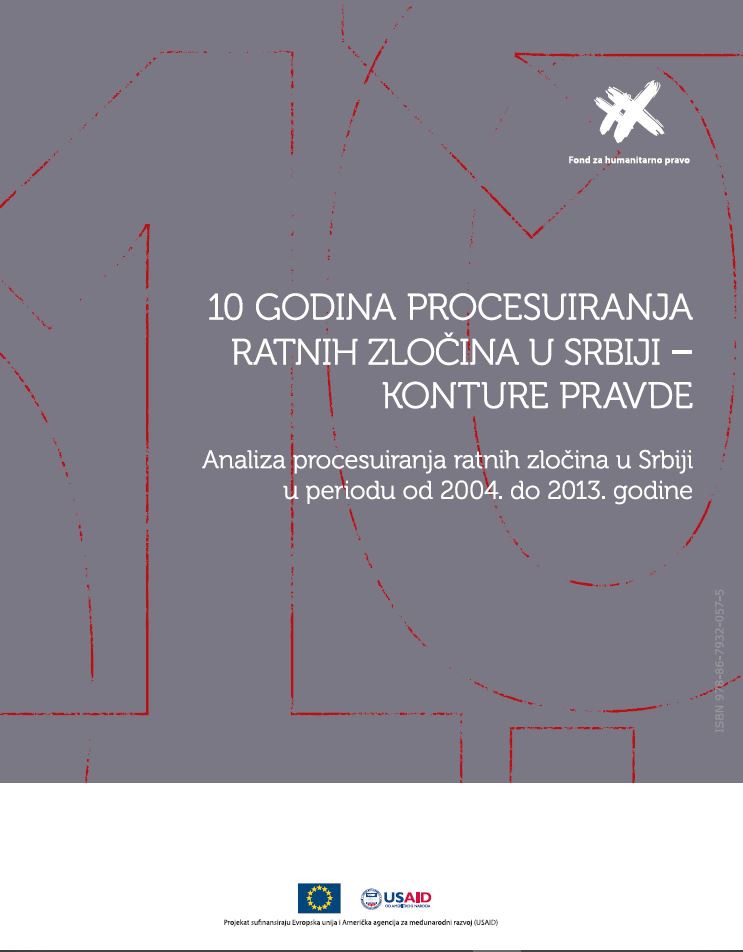 Contributor(s): Sandra Orlović (Editor)
Subject(s): Law and Transitional Justice, Peace and Conflict Studies, Wars in Jugoslavia
Published by: Fond za humanitarno pravo
Keywords: war-crime trials in Serbia; facing the past; Yugoslav wars;
Summary/Abstract: At the beginning of 2014, the first decade of work of institutions specialized in processing war crimes in Serbia ended. Judging by the scale and nature of the crimes committed in the wars in the territory of the former Yugoslavia during the 1990s, bringing those responsible for those crimes to justice has had modest results. The lack of interest of institutions in the social process of dealing with the past, as well as their superficial and weak commitment to criminal justice for the past, have made Serbia a state that, on the threshold of EU membership, is an oasis of impunity for thousands of perpetrators. // The War Crimes Chamber of the High Court in Belgrade, the War Crimes Chamber of the Belgrade Court of Appeals, the War Crimes Prosecutor's Office, the High Courts in Prokuplje, Novi Sad, Nis, Požarevac, Leskovac, Kraljevo assisted in the preparation of the Analysis. Ministry of Justice of the Republic of Croatia, Ministry of Interior of the Republic of Croatia, State Court of Bosnia and Herzegovina, State Prosecutor's Office of Bosnia and Herzegovina, Ministry of Security of Bosnia and Herzegovina, Prosecutor's Office of the International Criminal Tribunal for the Former Yugoslavia, OSCE Mission Chamber of Serbia, Documenta and others. Representatives of the War Crimes Prosecutor's Office of the Republic of Serbia, current and former judges of specialized war crimes chambers at the Higher and Appellate Courts in Belgrade, representatives of the Ministry of Interior, representatives of the Victims and Witnesses Assistance and Support Service, and defense attorneys made key contributions. , representatives of non-governmental organizations, victims, former witnesses from the Program for the Protection of Participants in Criminal Proceedings, legal experts and others. In talks with HLC representatives (Nikola Čukanović, Edmir Veljović, Milomir Matović and Sandra Orlović), they expressed their opinion on many aspects of war crimes prosecution in Serbia, problems in everyday work, good practice, mistakes, possible guidelines for improving work, etc. They all share the belief that a long-term strategy for prosecuting war crimes would contribute to improving the work of individual institutions and the overall results of this important social process.