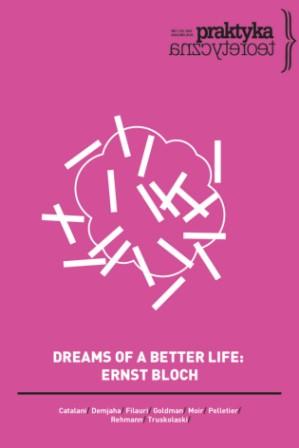 Summary/Abstract: During a radio debate in 1964, Bloch and Adorno clashed over the status of Utopia in Marx’s thinking. In particular, the disagreement concerned the possibilities (or, rather, limitations) of picturing – with Marx and beyond Marx – a condition in which all societal antagonisms have been reconciled. It is telling, then, that their conversation quickly came to turn on a surprising term: the Old Testament interdiction against making images of God. Given both authors’ commitment to an ostensibly secular critique of capitalist modernity, the prominence of this figure, which is emblematic of the decades-long exchange between these authors, invites further questions. What, for instance, are the epistemic and aesthetic conditions under which Bloch and Adorno propose to present their Marxian Utopias? By considering these questions in light of issues arising from their debate, and applying it to their writings more generally, my paper aims to contribute to the on-going exploration of “Utopia” in German Critical Theory.