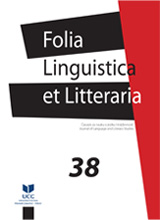 Summary/Abstract: The term amnesty means the waiving of punishment (to a group of people) without, however, erasing the guilt. Amnesties are usually granted in connection with political events such as national or international peace amnesties in times of political change or wars. However, there are also waivers of criminal prosecutions, popularly known as "mercy before justice". Amnesties can therefore be seen, on the one hand, as a humane act of mercy, but on the other hand they can also cause problems in the population's sense of justice, since punishments are treated differently, and the principle of equality is shaken. The concepts of punishment, guilt and innocence, as well as their representation, offer a basis for the question of how amnesties are formed in Dostoevsky's texts. Dostoevsky's characters are usually ambivalent and challenge a reflective reading as well as an ethical judgement. By making social injustice an important theme in his texts, the author focuses on the restoration of justice through amnesty. A co-responsibility in society as well as a co-guilt in a higher sense form the core of his argumentation, both as a contrast to justice, which considers the guilt of the individual, and as a consideration of man's hereditary guilt and his responsibility to the community. A comparison with ancient Greek jurisprudence also shows that amnesties were closely connected with the collective, with emotion and ritual. This results in new ways of looking at prominent texts by Dostoevsky, as will be shown with the example of The Brothers Karamazov and other works. This will provide a brief overview of how Dostoevsky understands guilt and innocence, what function punishment has in his texts and how amnesty emerges as a result.