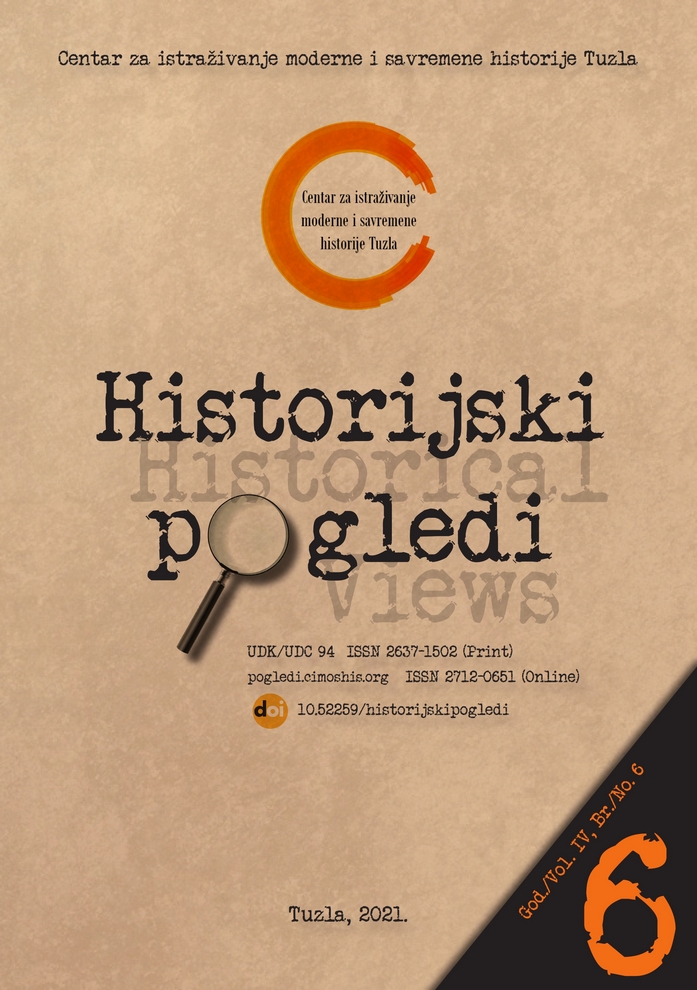 Summary/Abstract: During the 1980s, socialist Yugoslavia was hit by various social problems, which disintegrated the fragile tissue of Tito's state-political legacy. In the early 1990s, when the unstoppable phase of dissolution of this country began, national-chauvinist pretensions resolved to realize their old great-power ambitions in a period of general disruption surfaced. Although in this whirlwind of social turmoil the method of military force was used as the dominant and indispensable factor, behind the scenes political arrangements were very often much more effective in realizing certain goals. Sometimes conducted in public, and sometimes secretly, such negotiations were most often a typical expression of grand national aspirations. In this context, one can certainly observe one of the most famous separate negotiations in the 1990s on the soil of the disintegrating Yugoslavia, conducted between Slobodan Milosevic and Franjo Tuđman. Although these talks have not been published to date, many close associates of the Serbian and Croatian presidents, as well as participants in various political sessions, clearly indicate the presence of a high degree of their mutual agreement on the division of Bosnia and Herzegovina. In this paper, the author tried to shed light on the separate Serbo-Croatian efforts to divide the territory of Bosnia and Herzegovina through the statements of Tuđman and Milosevic, and the speeches of their close associates and participants in numerous political talks.