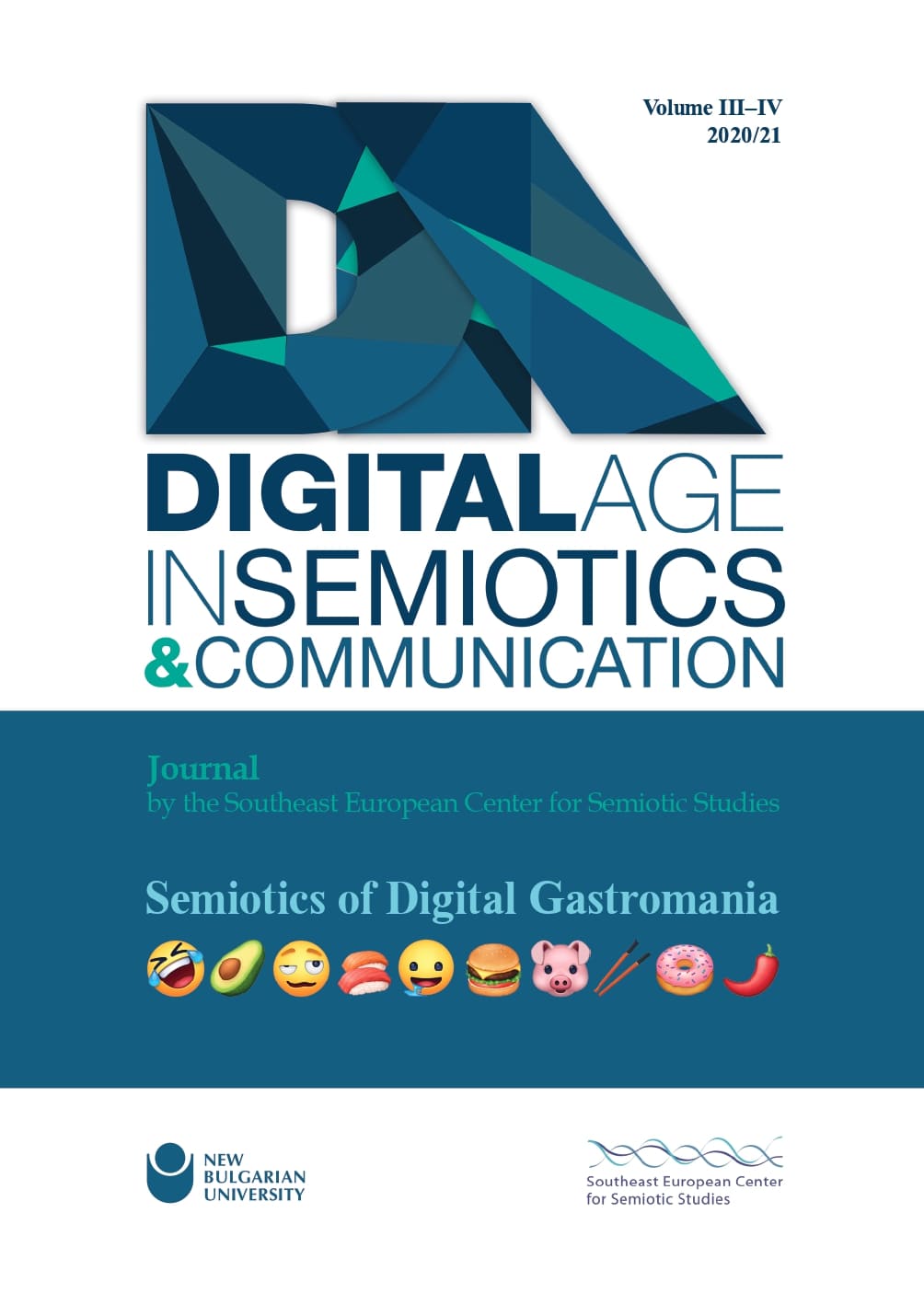 Summary/Abstract: Once translated into images, food acquires a broader meaning. Food is no longer merely something to eat, but to show, share and look at. The increasing amount of images and pictures of dishes on our social networks, associated with hashtags such as #foodporn, expresses this renewed social, communicative and provocative function of food. However, the exhibition of these images is quite ambivalent when it comes to establishing determined patterns of visual and social relationships with and between users. The aim of this article is to analyze and attempt to provide mediation to this ambivalence. The pornographic exposition of food images no longer presupposes a transitive form of consumption by the user, but becomes pure and self-reflexing spectacle. The images are obscene (Baudrillard [1981] 1994) and characterized by an excess of transparency on their object which abolishes any form of seduction (Baudrillard [1979] 1990). Barthes ([1980] 1981) defines this kind of image as unary. Pornographic images are an emblematic example. In terms of their self-evident objectivity, these pictures lack any punctum, any piercing sign of a relationship with or openness to the observer (see Eco 1962; 1979). Nevertheless, behind their apparent transparency, the images are always products of specific perspective cuts, and still able to convey mystery, meaning and involvement. The unary image of food is a further fragment in a series of multiple perspectives on the same object. Such potentiality is actualized in our (social) media culture in which sharing and continuous remediation of images and pictures of food constitute a complex storytelling of the object. This, in turn, fosters further participation by the users. The ambivalence between the indifference of the pornographic image and the involvement in the serialization of the detail is synthetized by the notion of fetishism (Baudrillard [1972] 2019). The social (and) media scenery seems to exemplify and radicalize a sort of commodity fetishism, in which social relationships between users are shaped and mediated by (social) media relationships between images of food.