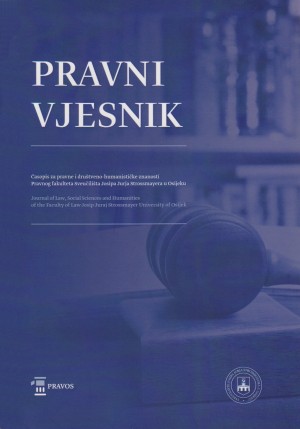 Summary/Abstract: This paper considers judgments based on agreement of the parties in Croatian law, more precisely particular aspects of this consensual form which previous studies have assessed to be potentially problematic. These aspects include the objectives of reaching agreement, the gravity of criminal offences subject to agreement, the role of the court, and the legal position of the defence and that of the victim. These aspects are analysed primarily from a comparative-law perspective, since the Croatian version of plea bargaining, just like specific models adopted in some other European countries, was inspired by the same American model. Besides American law, the research includes Italian, French, Swiss, German and Austrian law. The goal of the comparative research is to find out whether the Croatian model contains some specific features which perhaps differ from positive comparative European legal solutions, but also result in theoretical and practical problems. The study will also include analysis of the jurisprudence of the Supreme Court of the Republic of Croatia concerning primarily the issue of judicial control over the agreement of the parties, which has been most disputed in domestic literature and in judicial practice.