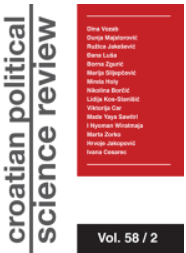 Summary/Abstract: The question this paper tries to provide an answer to is, why democratic transformation was successful in Tunisia and Indonesia? The theoretical approach is primarily rooted in descriptive-empirical actor theories, although cultural theories were used as well, as to better understand the political ideas and stances of Islamist actors. The research strategy is a binary comparative study with the same outcome on the dependent variable. Furthermore, the paper utilizes the Most Different Systems Design (MDSD) since both countries are quite different, but the dependent variable is the same – democratic transformation was successful. The aim of the paper is to isolate the independent variables which should be considered as the necessary prerequisites for the democratic transformation in both cases. However, the paper emphasises that further testing and more cases are needed.