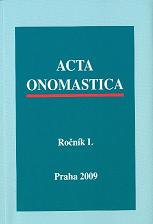 Summary/Abstract: My paper is focused on functions of urbanonyms in literature. I have tried to analyze various roles which urban names may play in fiction. There are two different sorts of these names – real and unreal. Most authors use real urbanonyms which can be found in a concrete town. Some descriptions are so detailed that the reader could take a map and see the way a character is following in a novel (e. g. names of streets and squares in Warsaw in some I. B. Singer’s novels). I should also mention that some urban names can become famous because of their use in fiction (a typical example is Baker Street in London where A. C. Doyle’s detective Sherlock Holmes “lived”). The main function of urban names is to identify the object in fiction. All urban names (real an unreal) in literature have aesthetic function as well and they help to locate places inside fictive world of the novel. The function of real urban names is to associate them with the same objects in the real world. The real name could play the role of a symbol as well (e. g. the name of Krochmalna street in I. B. Singer’s works – it is not merely a street in Warsaw, it is a symbol of ghetto and a symbol of narrator’s childhood). The second sort of literary urban names can be mostly found in unreal towns in fairy-tales, fantasy or sci-fi literature. We can name e. g. the very famous Diagon Alley in J. K. Rowling’s saga about Harry Potter or the ficticious “Parisian” street Rue Morgue in a detective story by E. A. Poe. These unreal urban names are usually created on the basis of names known from the real world. That is why they make an illusion of reality. On the other hand there are also unreal names which demonstrate their fictitiousness and the fact that they make part of author’s play with the reader (e. g. urban names in T. Pratchett’s town Ankh-Morpork) – their function is making an anti-illusion of reality.