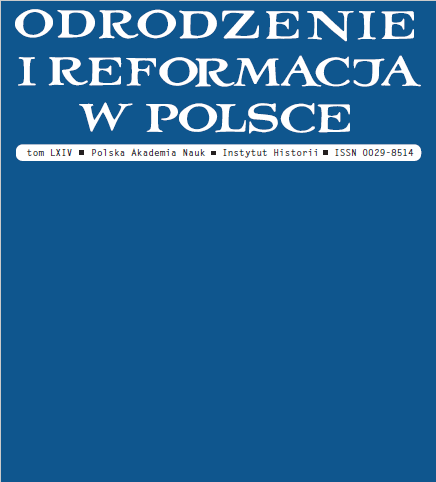 Niemieccy kupcy i czarownica w Krakowie w 1642 r.
German Merchants and a Witch in Cracow in 1642

Summary/Abstract: On 25 October 1642, Adam Fister, a Cracow merchant, reported to the local justice that the Lübeck tradesman Casper Bekman had recurred to magical practices with the help of the witch he visited at the Spital Garden, behind the city walls, near St Florian’s Gate. Next to the Spital, serving as an almshouse, there was a cemetery with the graves discovered in 1837. They were groundlessly connected with the Polish Brethren, and this false interpretation has its continuation today in the name of Arian St., downtown Cracow. In fact, the hospital and the graveyard belonged to the local Lutheran congregation, and the Cracow merchants whose opinions Fister recalled at the court were its members.