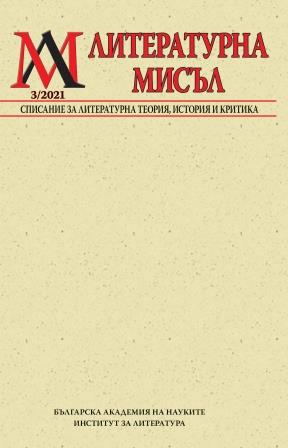 Summary/Abstract: This paper presents almost all of the most important travestied histories of Bulgaria written in 20 century. They present the past of the nation in different ways, some of them prefer to make fun with the great figures and events (Rayko Alexiev, Hristo Brazitsov, Nikolay Genchev) and to amuse the public with ethno-physiological reasoning, other (Georgi Konstantinov, Rumen Daskalov) put a strong criticism on the previous historiography, other present their narratives as fictional literature (Asen Hristoforov). The paper discusses to what extent and which of them are part of the popular literature, and what was the intention of the authors; it compares Hristoforov’s text with other texts on the same topic; and also offers some observations on the illustrations drawn by R. Alexiev and H. Brazitsov for their books, and by Alexander Bozhinov for Brazitsov’s book, and Todor Tsonev for Konstantinov’s book.