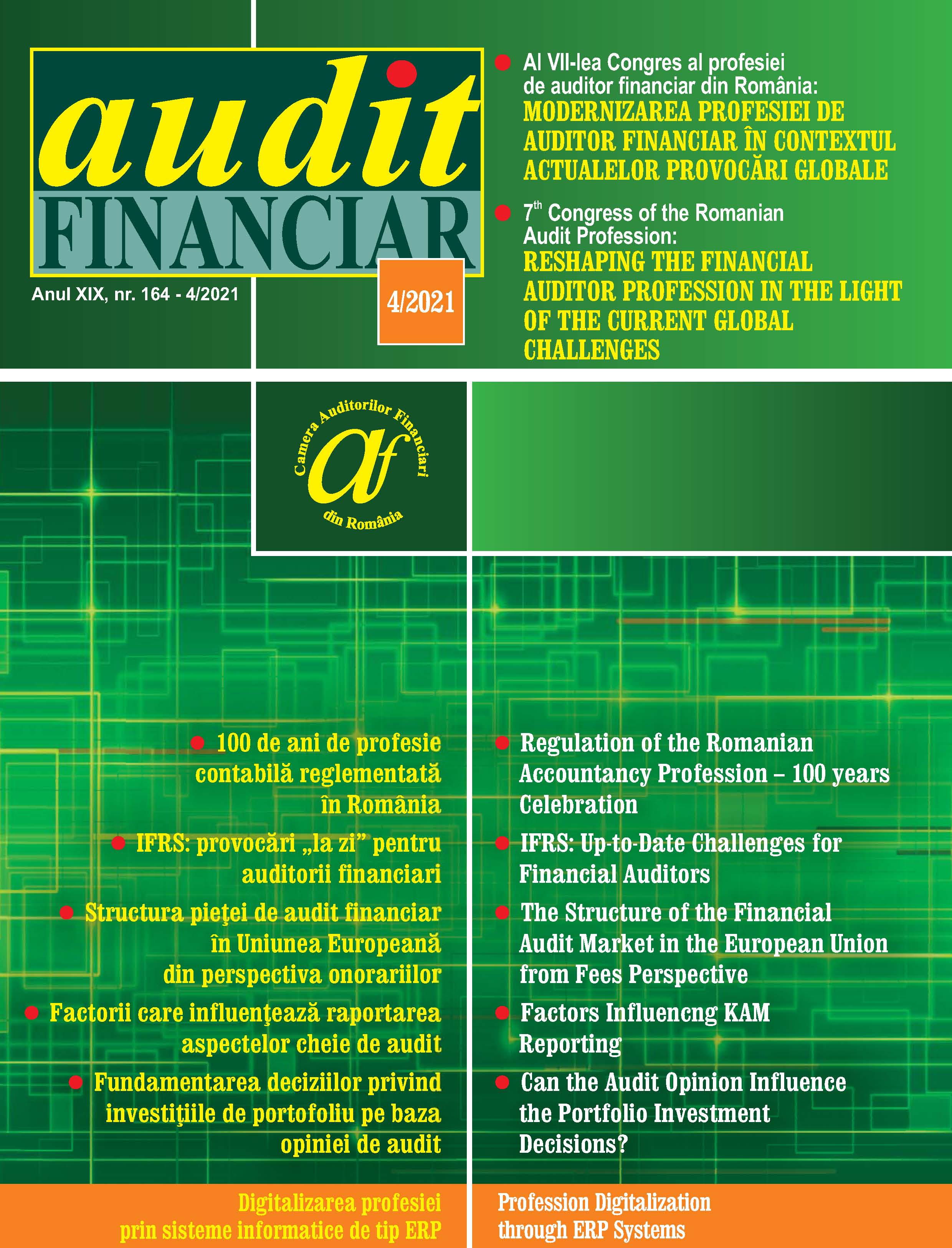 Summary/Abstract: On July 15th 1921, the Official Journal of Romania witnessed the publication of the Law on the organization of the Body of Licensed and Expert Accountants. The longtime wish of higher school of business graduates thus became true, they established their first association in 1888. Since then, until the law was published, the regulation of the accountancy profession was the main topic of various discussions and attitudes, of several pleadings addressed to public authorities and debates held at the meetings of a multitude of institutes representing these graduates’ interests, grouped within the Union of Business Schools Graduates, subsequently the Body of Higher Schools of Business Graduates, which acquired legal personality in 1916. There were also other subjects, directly related to accountants’ activity, that drew the graduates’ attention, both before and after the law was published, such as: censors’ statute, accounting expertise, visas on trade registers; business education reform; the Body’s relations with authorities. A number of public figures linked their faith to asserting the accountancy profession, its regulation and the ongoing representation of its interests. We should mention here, among many other, Nicolae Butculescu, I. St. Rasidescu, Vasile M. Ioachim, Petru Draganescu-Brates, Grigore Trancu-Iasi, George Alesseanu, Spiridon Iacobescu, Alexandru Sorescu. An important activity of the Body was the organisation of congresses. They began taking place every two years, uninterruptedly, starting 1923 until 1939. The activity of the Body of Expert and Licensed Accountants was influenced by the political and social events of its time, especially since 1935. Beginning with 1940, its activity saw a significant decrease. On 13 March 1951, by the decree of the Presidium of the Great National Assembly of the People’s Republic of Romania, the Body was disbanded. The first legal acts regulating the accounting expertise activity in line with period-specific trends were published in 1957 and 1958. After 1989, the Romanian accountancy profession regained its statute and is represented by the two professional bodies, the Body of Expert and Licensed Accountants of Romania and the Chamber of Financial Auditors of Romania. These bodies, and along with them, Romanian professional accountants, joined the regional, European and international professional organizations.