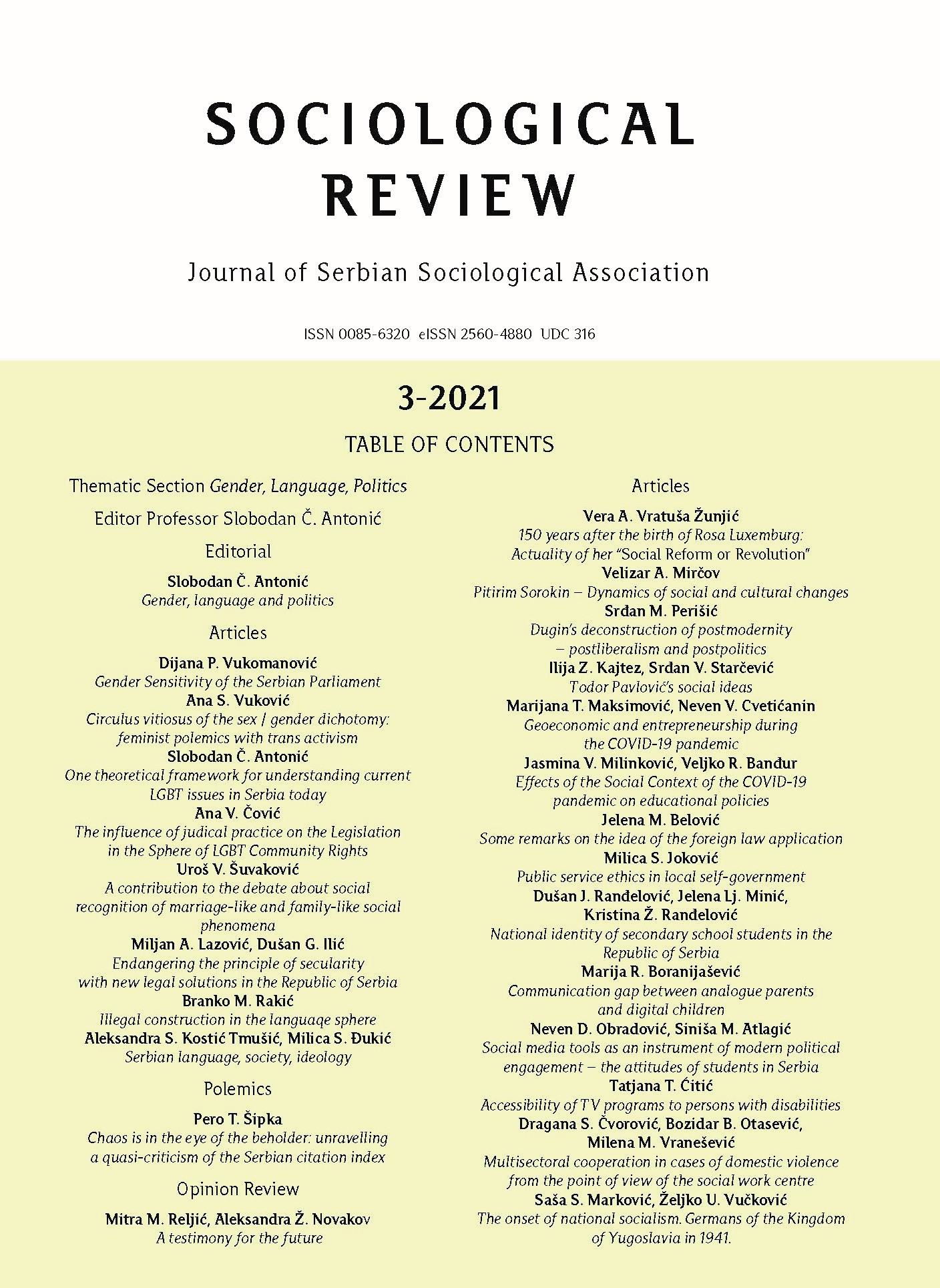 Summary/Abstract: The paper deals with the analysis of feminists’ arguments about the sex/gender dichotomy within the relationship to trans activism. In the first part of the paper, we will give the usual definitions of sex and gender in feminist literature and the views of feminists on trans activism. Next, we will explain which trans activists’ views feminists disagree with, and how language is used for ideological purposes. The aim of this paper is to identify the basic dilemmas and bioengineering associated with the underestimation of biological sex, that is, with the opinion of trans activists that men who are trans women are also women. The author will explain why feminists believe that this approach to the sex/ gender dichotomy is a threat to women’s rights in the society.