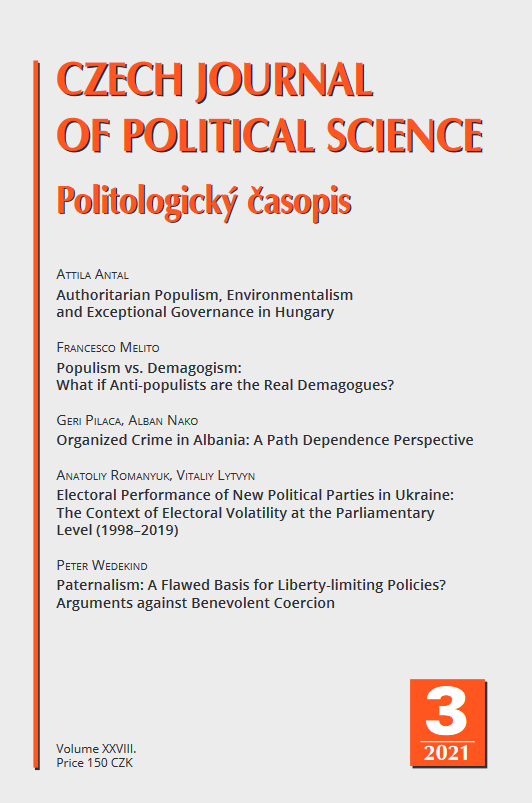 Summary/Abstract: As the partisan meaning attached to ‘populism’ has provided this word with a negative stigma used to demonize alternative discourses, this article seeks to fill two gaps in the populist literature. First, it aims at retrieving the term ‘populism’ from a spurious understanding and reintroducing a forgotten word, which has become a synonym of populism and contributed to its negative aura: demagogy. Populism (bottom-up) and demagogy (top-down) are defined as opposite terms. While this distinction could be easily grasped from their etymological roots, it takes on a different dimension when seen from a hegemonic perspective. Second, elaborating on Gramsci and Laclau’s theory, it provides a theoretical basis for the study of anti-populism. Like populism, anti-populism results from a dislocatory experience as it is (negatively) defined by its populist antagonist. Besides considering its negative dimension, the article discusses the positivization of the anti-populist discourse, which resides in the (re)production of broken normality. Demagogism is a weapon in the hegemonic struggle between different discourses that aims to restore mainstream common sense (normality) against a counter-hegemonic project (populism). Finally, the article suggests that beyond anti-populism, demagogism, understood as a normalizing practice, could potentially be applied in the empirical analysis of neo-traditionalist discourses.