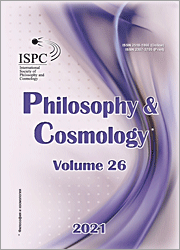 Summary/Abstract: Since Einstein’s failure to define a Grand Unified Theory, physicists have pursued a comprehensive theory explaining nature, a Theory of Everything. But because General Relativity, Quantum Field Theory, and Cosmology have little in common, defining one theory is an imposing task, having eluded the best scientists for ninety years. So are we close to defining a Theory of Everything? This analysis, after defining requirements (which must include initial conditions), identifies four possible options for a Theory of Everything. Quotes from prominent physicists express divergent views on each alternative. The leading proposal for a Theory of Everything is String Theory, which has possible issues. It requires supersymmetry, has extra compacted dimensions, and is background-dependent. A second less comprehensive theory is Loop Quantum Gravity, which emphases background-independence based on discrete quantum space. Explaining how theories define relationships between spacetime, quantum space, quantum time, and quantum gravity, positions the role of background-independence in proposed theories. If supersymmetry and extra dimensions are discovered, String Theory or a modified String Theory integrated with Loop Quantum Gravity, may be the option. Or, possibly a radically new theory might be developed. Or, as the last option considers, the answer to the question — Does a Theory of Everything exist? — may be no; if so, nature will always be a mystery.