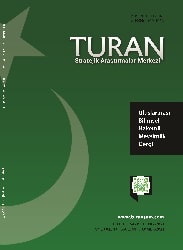 Summary/Abstract: Welfare measurement, which is unquestionable the most significant member of the political economy indicator family, is routinely used to form economic and social policies and to evaluate the success of societies. In this study, it is aimed to determine the change in the welfare levels of the countries which got involved in the EU with the fifth enlargement process by using pooled panel data and random effects models endowed with robust standard errors purged from heteroscedasticity and autocorrelation problems. According to the results obtained; It has been determined that the foreign trade and Foreign Direct Investment (FDI) inflow of the fifth enlargement countries significantly increase their Gross Domestic Product (GDP) per capita, resulting in more welfare for their citizens.