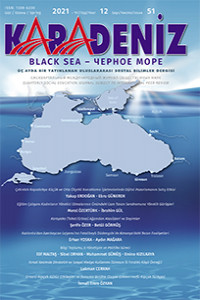 Summary/Abstract: Polemic direction is one of the oldest and the most important branches of Georgian literature. As Christianity (other confessions as well) was fought by the opponents and to neutralize them was the aim of polemic literature. The Georgian polemic literature should theoretically overcome the offensives of foreign confessions and different branches of Christianity, specifically of Catholicism, as the number of Catholic missioners to Georgia grows in the 17th-18th century. Their diplomatic approach, which carried secret and hided propaganda of Catholicism, became dangerous for Orthodox Christianity. The purpose of polemical writing is to explain the essence of the problem on the basis of solid argumentation and to prove the presented position. The argument had to be convincing and accountable, so in such writings the phrases were measured according to strict academic quality and were based on a rich intellectual resource. Opponents of polemical writings were perceived to be not only the literary-polemicist, theologian or clergyman, but the entire state institution.At David Gareji literary center the idea of creation of specific polemic work – resisting Catholicism was developed; well-known writer Besarion Orbelishvili was charged with an important mission – to create such work. He succeeded in this and compiled the extensive work „Grdemli“. In this work he examined important disputable issues connected with the East-West Churches. Each debatable question is abolished with the citations from Holy Scripture and the writings of Church Fathers. „Grdemli“ has received wide popularity in Old Georgia.There are 12 manuscripts of “Grdemli” stored at The National Center of Manuscripts and Kutaisi and Gori at the Ethnographic museums.