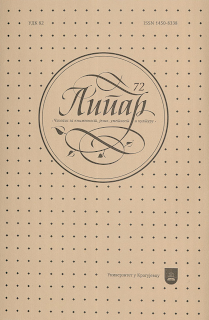 Summary/Abstract: This paper provides a comprehensive comparative reassessment of the state-of-art in the theory and practice of the two prominent contemporary approaches to metaphor – cognitive-linguistic conceptual metaphor theory and cognitive-pragmatic relevance theory – given their professed aim at formulating an explanatorily adequate cognitive theory of metaphor. So far, to our knowledge, there are but a handful of publications that have seriously dealt with this comparative issue (Tendahl and Gibbs 2008, Tendahl 2009, Stöver 2010, Gibbs and Tendahl 2011, Wilson 2011); illuminating as they are, they are, nonetheless, biased in that they remain deeply rooted in their respective theoretical backgrounds. Working within the two observed theoretic approaches to metaphor, our primary aim was to show that the differences may be more apparent than real. To this purpose, we present a synthetic and critical overview of both approaches, alongside with a comparative analysis of illustrative data from the contemporary Serbian language. Our combined approach, cognitively induced, relies on the elaborate conceptual apparatus of cognitive linguistics teamed with an interpretive understanding of metaphor within the cognitive-pragmatic framework, highlighting the lines of interface and the converging evidence towards a better understanding of metaphor as a cognitive–communicative mechanism.