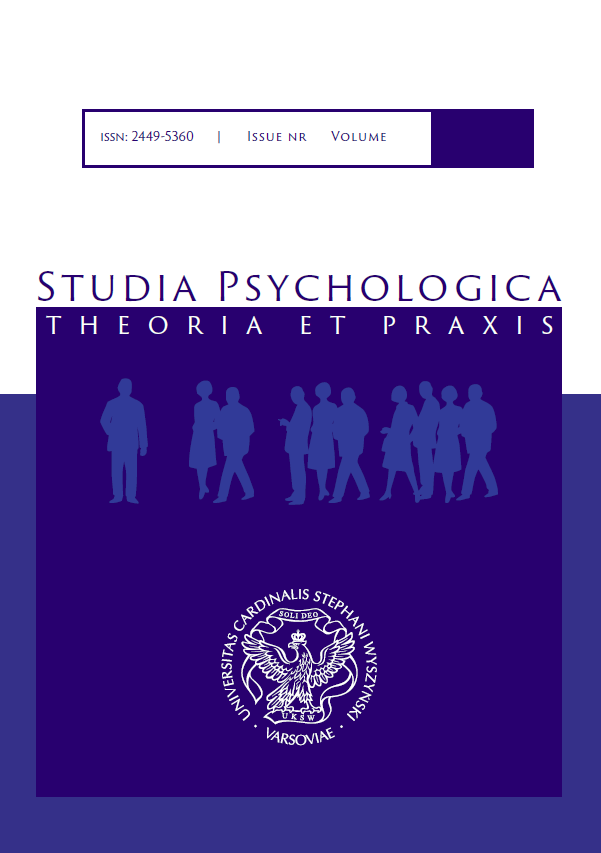 Summary/Abstract: In recent years, attention has been paid to the phenomenological quality of vitality. The construct of subjective vitality as a marker of psychological well-being has the advantage over it that it is more accessible in phenomenological experience, is independent of external well-being criteria, such as objective success, health, support or achievements, and goes beyond the semantically known constructs known in Poland, such as affect positive, commitment to work, flow or life satisfaction. Until now, the possibility of assessing subjective vitality was limited, so to fill this gap, the validity and reliability of the Polish version of the Subjective Vitality Scale was tested, which allows the assessment of subjective vitality at the trait level. In a sample of 709 respondents, the factor accuracy of three versions: 7-, 6- and 5-position in Polish was assessed. The 5-position version had the best fit of the model to the data. Analysis of the value of Cronbach,s α coefficient and the discriminatory power of the position showed that the scale can be considered reliable. The validity in the convergent and divergent aspect was tested on the basis of the relationship between subjective vitality and the dimensions of chronic fatigue, negative and positive affect, somatic symptoms, anxiety, functional disorders, symptoms of depression, life satisfaction and vitality in a different conceptualization and the number of hours devoted to recreational activities. The predictive value of satisfaction with meeting psychological needs in general and with regard to work was partially confirmed. The analysis of intergroup differences carried out in a sample of 40 people suffering from discopathy and a selected control group showed that the sick and somatically healthy people differed significantly in the result of subjective vitality. The Subjective Vitality Scale can be regarded as an accurate and reliable tool. The 5-item version of the Subjective Vitality Scale is recommended.