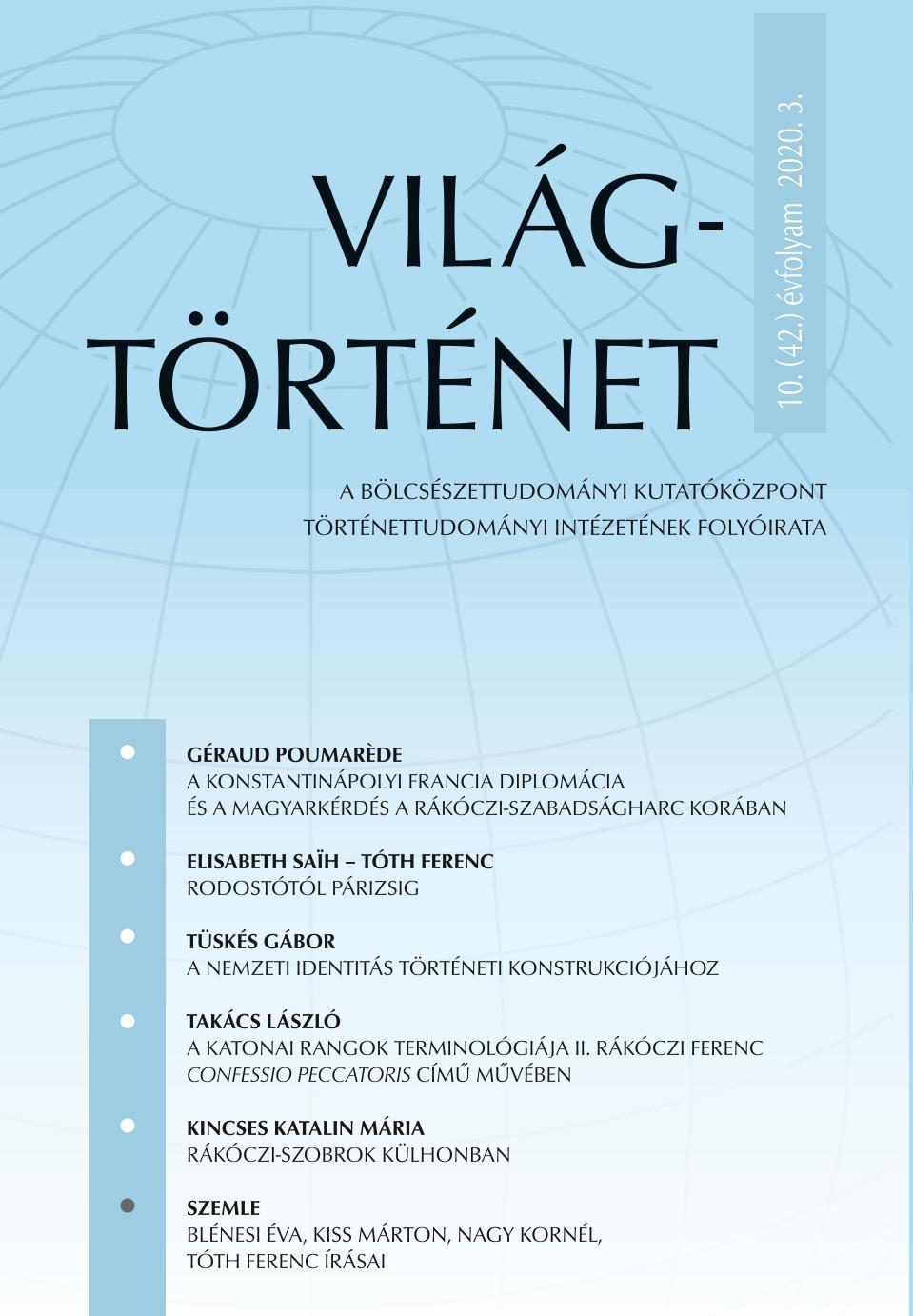 A nemzeti identitás történeti konstrukciójához. A pátria képe II. Rákóczi Ferenc önéletrajzi írásaiban
To the Historical Construction of National Identity: The Image of Hungary in the Autobiographical Writings of Francis II Rákóczi

Summary/Abstract: This study examines the image of Hungary, with its history, its society and its economy, as Francis II Rákóczi represented them in retrospect in the two autobiographical works, the Confessio peccatoris and the Mémoires, he wrote during his exile in France and then in Turkey. It shows how Rákóczi relates the historical events leading up to the War of Independence of 1703–1711, how he describes the military background and various other aspects of this war. The image of Hungary in both works combines factuality, representation of reality and fiction in different proportions and in different ways. In the Confessio, the main features of the relationship between the three factors are the frequent changes in narrative perspective, the constant fluctuation between fact, fiction, semi-fiction, and the consciously theologized and mytho-religious realignment of the course of life. While Rákóczi records many events and phenomena more or less realistically, he resorts to the means of literary transformation and rhetorical formulation in various ways. He strives to achieve “objectivity” while describing the events of Hungarian history and the contemporary situation in terms of his political and military aspirations, with a need for self-justification. In many places, he alters the facts or gives a partial interpretation of the role of the Habsburgs in Hungary. The Mémoires are the personal testimony of a politico-military experience as well as a partial responsibility assumed for what happened. The work is the expression of political thought, moral behaviour and inner conviction. As for the image of Hungary in the two works, it appears through the various levels of the text, autobiographical level, historical and interpretative level. Factuality and fictionality, just like fiction, semi-fiction and non-fiction, are valid only jointly, in relation to each other.