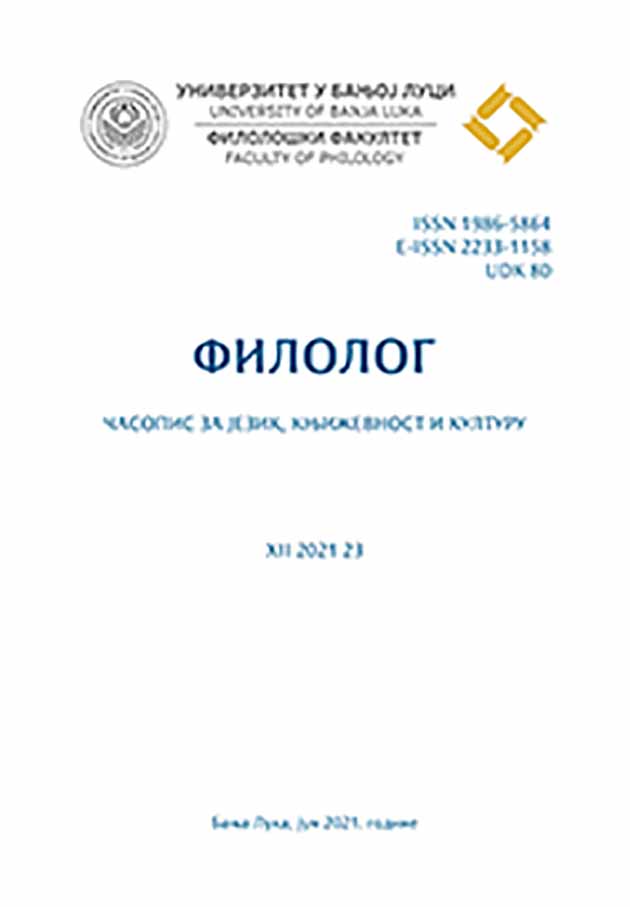 Summary/Abstract: Palmer (1979) starts from the linguistic reality that deontic modals do not have past forms, because it is impossible to impose an obligation or give permission to someone in the past, although it is possible to report an obligation or permission that existed in the past, and this can be seen through the above examples. In summary, both in the examples of the sports corpus in Serbian and in the examples in English, the most dominant is the use of deontic markers that have the meaning of obligation, ie. bonds. Deontic modals are mostly directives, as shown here, when we oblige others to do something.In short, in the examples of corpora in Serbian and English, the most common is the use of deontic statements that have the meaning of obligation,ie. bonds. Even more, in this paper it turned out that in English it is more common, when we look at the frequency of use of deontic markers with the meaning of obligation. The bond can be strong and weak. We came to the conclusion that a strong bond in most cases comes from coaches (T),as people who have experience, security and long work behind them, unlike players who feel a weaker bond.Approaching this paper from a multidisciplinary perspective in the analysisof modality and speech acts, a conclusion arises that such research recognises the complex relationship between language and society. The study places at the forefront the linguistic category of modality as a linguistic mechanism of social action through which individuals can maintain their identities and viewpoints while keeping the ability to affect the thinking, opinions, and identities of other members involved in the interaction. From the syntax-semantic sinterface, we identified deontic markers and provided explanations for deontic modality, which many linguists view as a subtype of epistemic modality, yet it is still a topic that opens the doors to additional research.From the perspective of pragmatics, the examples lead to the conclusion that the insight into immediate context is necessary for a proper understanding of speech acts and unspoken messages, and that participants in communication share common world knowledge and experience. Nonetheless, people naturally almost unmistakably recognise the pragmatic meanings of speech acts within a speech event, where a speech event entails a set of all statements understood by the interlocutors in a given situation aimed at achieving a specific goal. In addition, we also concluded that the illocutionary force depends on the speaker who performs the speech act with a clear intention of having its meaning unequivocally recognised. What is more, certain circumstances and conditions need to exist for the speech act to take place.Nevertheless, the topic poses itself as deeply complex and raises numerous other questions concerning further research. The importance of analysing modality goes beyond the traditional framework of linguistic study and primarily manifests itself on the level of linguistic use of modal operators in an appropriate linguistic and socio-cultural context, thus within the domain of pragmatics, sociolinguistics, and discourse analysis.