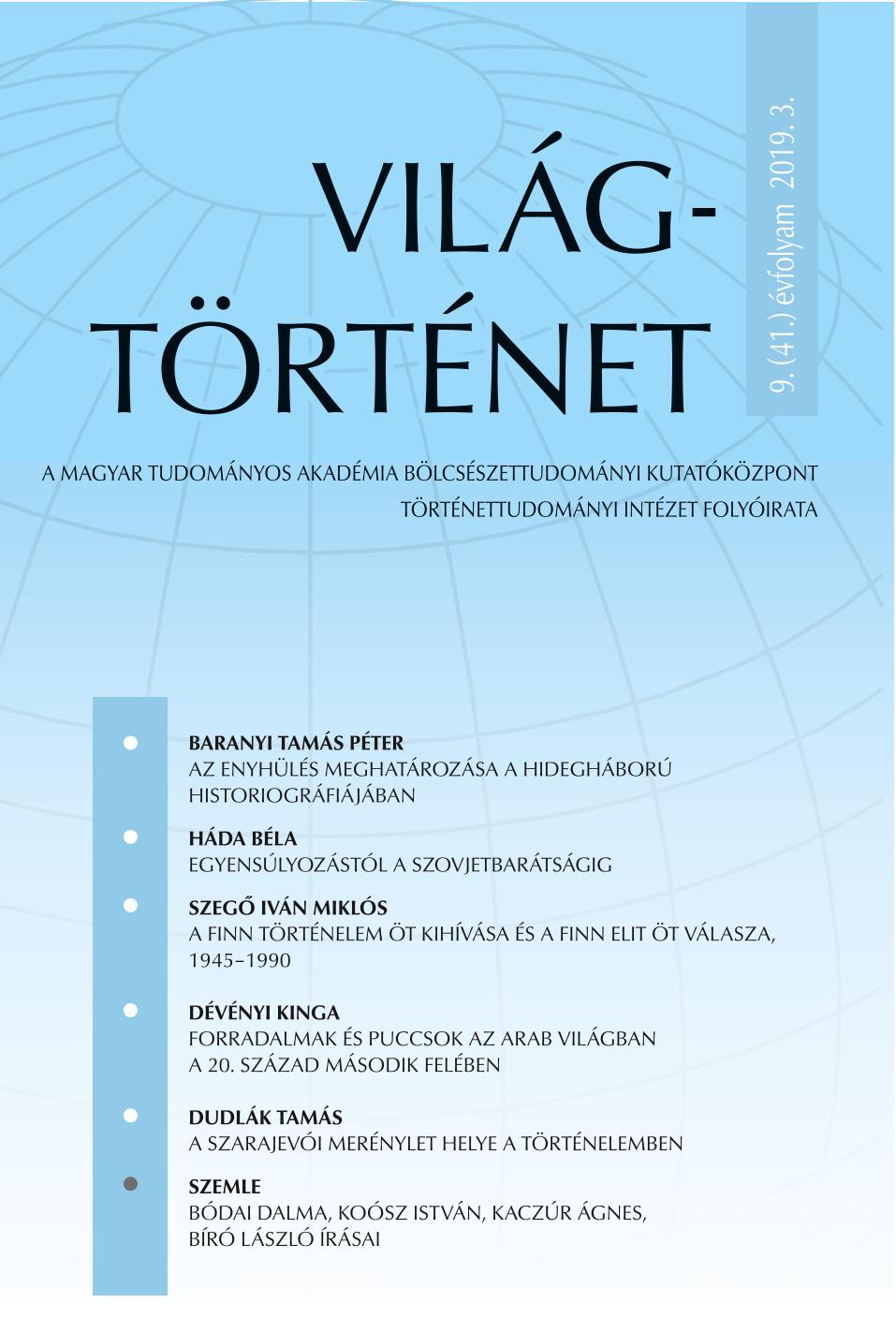 Summary/Abstract: The main characteristic of Arab states gaining independence has been the instability of the regimes which came to power. The incapability to settle the inherited and newly formed problems led to violent solutions initiated by the military and often accompanied by mass movements, too. The article analyses this phenomenon through 27 events in five Arab countries: Syria, Egypt, Iraq, Sudan, and Libya. In spite of the army’s involvement in the changes of regimes, they were followed in each case by important social developments. Thus the question often asked concerning the nature of these turbulent events, i.e. whether they were coups or revolutions, cannot always be answered unequivocally.

A dzsihád az iszlámban. Egyéni vagy közösségi kötelezettség? Jihad in Islam: An Obligation for the Individual or for the Community? 2017
2022 © CEEOL. ALL Rights Reserved. Privacy Policy | Terms & Conditions of use
ICB - InterConsult Bulgaria ver.1.7.2509