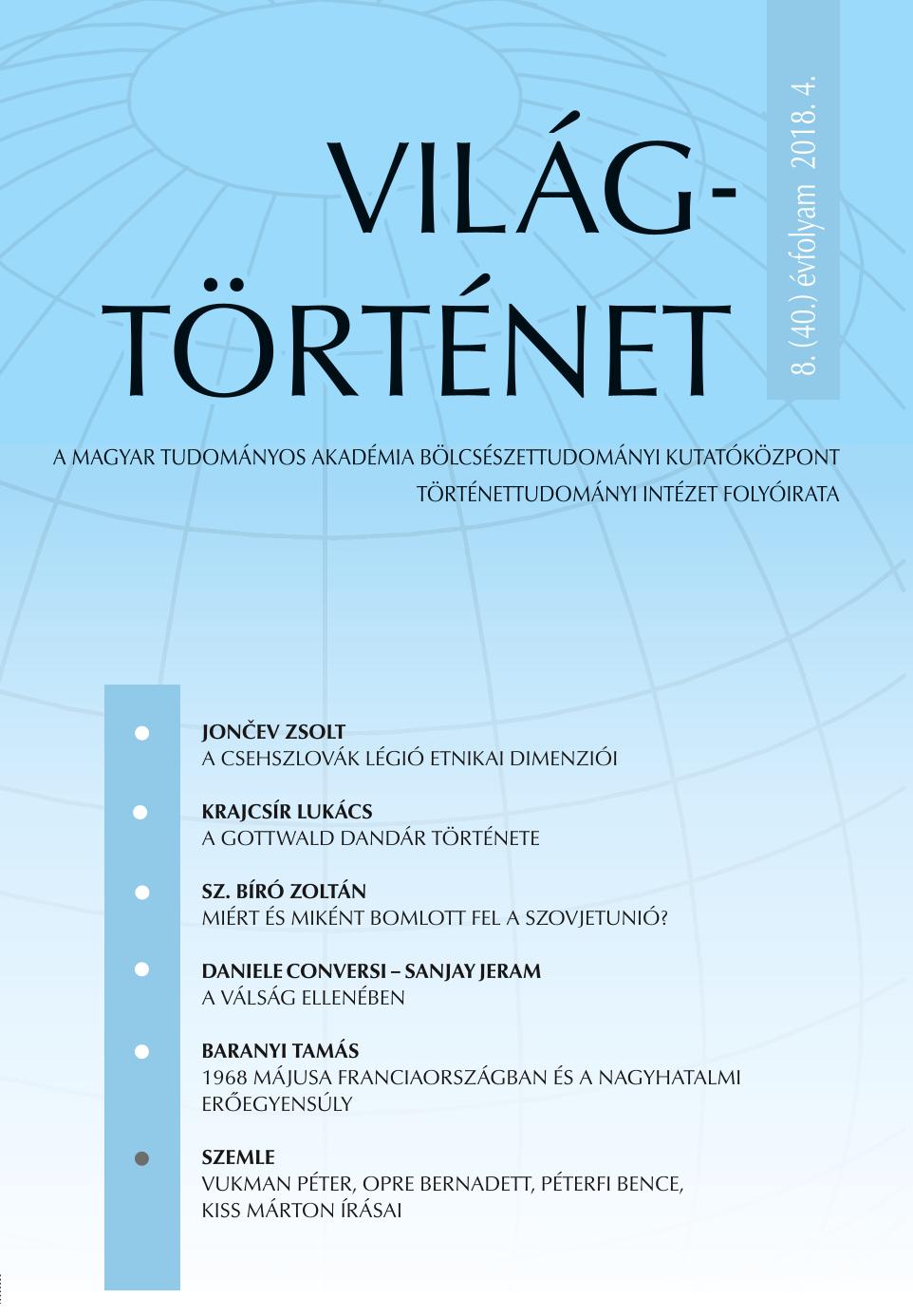 Summary/Abstract: The Czechoslovak Legions occupy an almost legendary place in history. The Czechoslovak Legion were volunteer armed forces composed predominantly of Czechs with a small number of Slovaks fighting together with the Entente powers during World War I in pursuit of an independent Czechoslovakia. Their goal was to win the support of the Allied Powers for the independence of Bohemia and Moravia from the Austrian Empire and of Slovak territories from the Kingdom of Hungary, which were then part of the Austro–Hungarian Empire. The Legion in Russia was established in 1917. The study analyses literary works of Slovak writers who participated in the Legion, and presents the Slovak–Czech and Slovak–Czech–Hungarian relations, mainly conflicts within the Czechoslovak Legion.