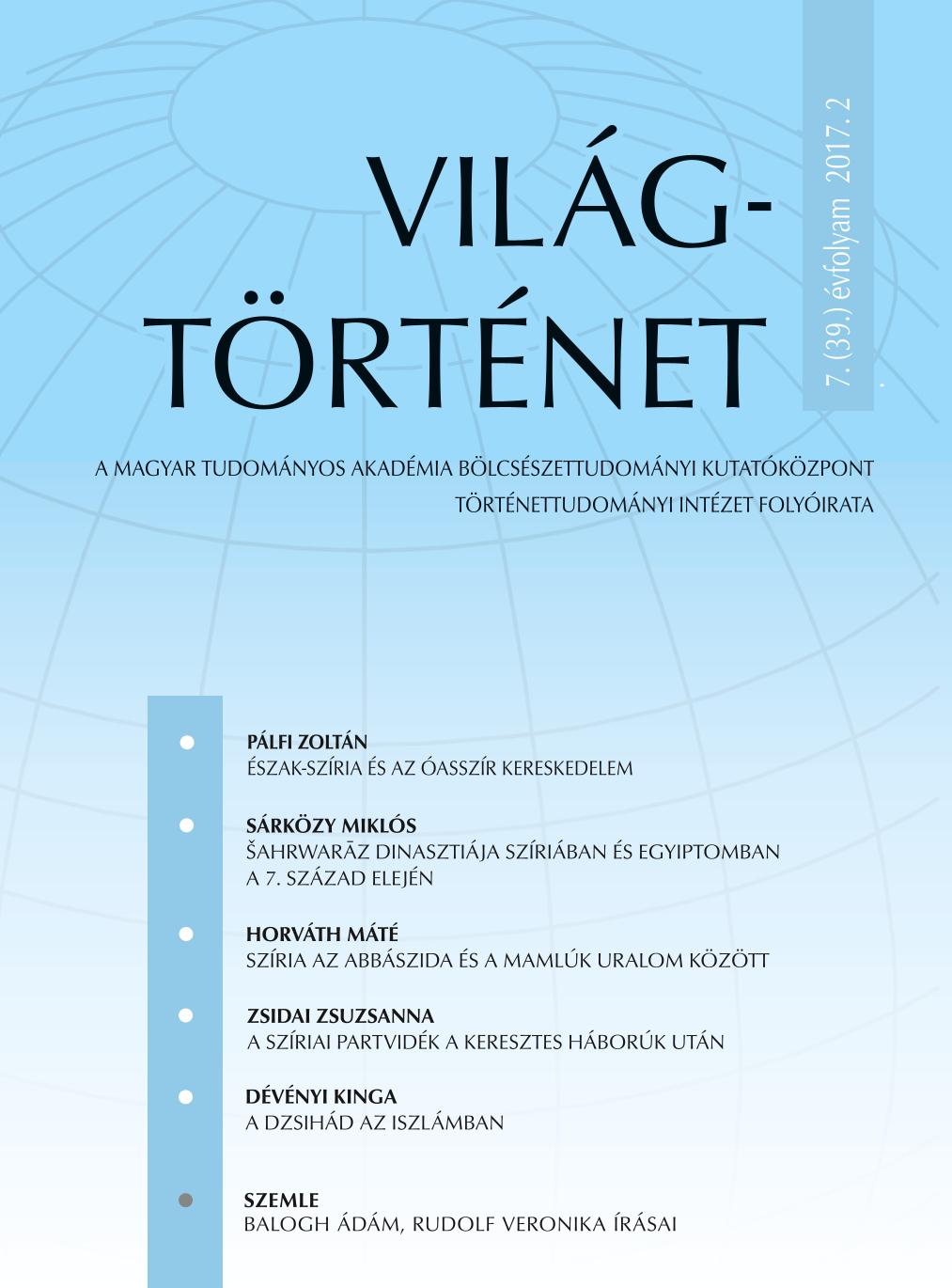 Summary/Abstract: The Syrian coastal region, which had always played an important role in the history as the “gate” between the East and the West since the Metal Age, flourished for the last time before the modern history in the age of the Crusades. In the course of the Mamluk conquest and during the period following it, from the point of the Syrian coastal region we can see many irreversible processes that further on had a very hard effect on the life of the region. This article points at the Mamluks’ and Ottomans’ politics relating to the Syrian territories that was essentially determined by their fear of the crusaders’ return. At the same time, the author gives an overview about the most important events of these periods, and sketches the region’s governmental structure and its various religious communities’ history. On the basis of available evidence, it can be argued that the Mamluks failed to integrate the Syrian coastal region and its population completely into the Mamluk Sultanate. Moreover, this once densely populated, economically and commercially flourishing area began to fall into decay