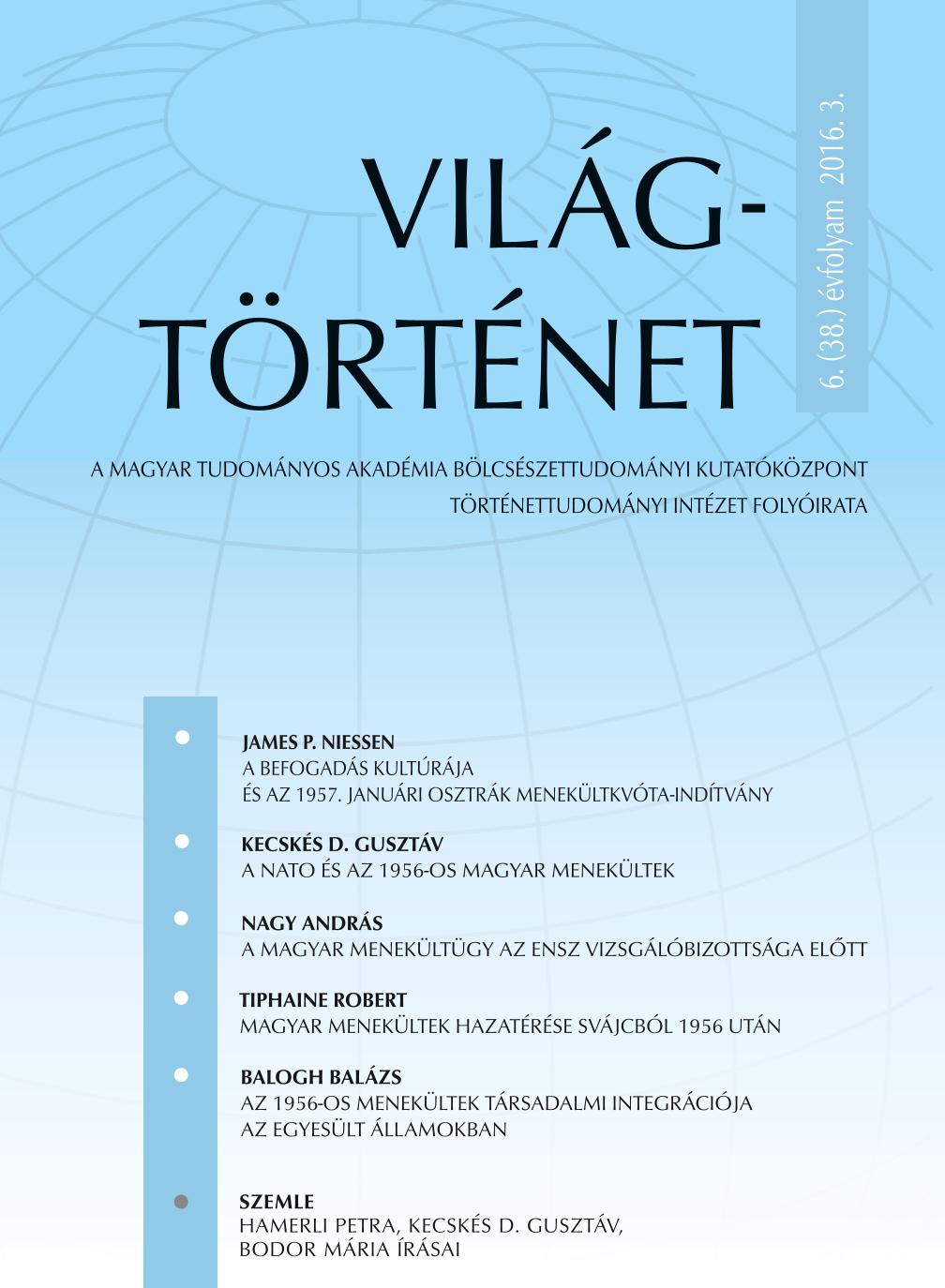 Summary/Abstract: The article focuses on those Hungarian 1956 refugees who gave testimonies in front of the Special Committee on the Problem of Hungary, established by the United Nations in January 1957 under the direction of Danish diplomat Povl Bang-Jensen to investigate and submit a comprehensive report on the 1956 Hungarian revolution. The Committee was charged to provide the UN with “the fullest and best available information regarding the situation created by the intervention of the Union of Soviet Socialist Republics, through its use of armed force and other means, in the internal afairs of Hungary….” After shortly reviewing the events preceding the formation of the Committee and pointing out both the failures and the achievements of the UN during the crisis, the author examines how this temporary UN body worked until the second half of 1958. New archival evidence casts light on a series of strange episodes occurred to members of the Committee as a result of the hostile activity of the Soviet and Hungarian intelligence. The climate of fear and suspicion around the Hungarian witnesses was worsened by the ambiguous attitude of the UN staff . Pressed by the Soviet Union and its satellite, the UN only gave half-hearted support to the finding activity of the Committee, and left many of its members without adequate protection. The study is based on recently available archival fi les; the documents and conclusions may be surprising even for those familiar with the history of the Cold War.

A terrorizmus elleni harc a spanyol választási kampány napirendjén The Impact of Terrorism on the Agenda of the 2004 Spanish Electoral Campaign 2005
2022 © CEEOL. ALL Rights Reserved. Privacy Policy | Terms & Conditions of use
ICB - InterConsult Bulgaria ver.1.7.2509