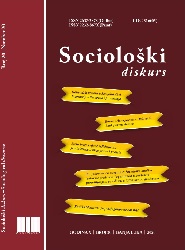 Summary/Abstract: In Bosnia and Herzegovina (furthermore: B&H), as a state with a complex state organization, the opposing and particular national and social interests that exclude unity and social compromise are dominant. Such a state of society is significantly contributed by political parties in B&H, whose activities do not lead to a change in social conditions, but are exclusively aimed at struggle for votes and gaining power in order to achieve their own particular interests. If “parity democracy”, which is a distinctive feature of the political system in B&H as a specific form of pluralistic democracy in which the focus is on the group and not on the individual citizen, is applied as the only form of democracy in a society and state, then there is a real danger that individuals and the narrow groups usurp power and figure as the only “protectors” of the national interest, which is significantly influenced by the deficit of democratic tradition and the low level of education of the population in B&H. Consequence of the parity principle of decision-making in institutions of B&H is that national sovereignty is placed above people’s sovereignty, i.e. it leads to strengthening the power of national elites, therefore it is necessary to establish an appropriate balance between parity decision-making and majority decision-making in a manner that protects the rational functioning of the system, but at the same time eliminates any possibility of majorization. Establishing such a balance is significantly hampered by national and religious divisions, which are very pronounced in B&H, and the presence of such political and cultural divisions is an obstacle to the creation and functioning of civil society. One of the dominant factors slowing down the integration processes in B&H is the populist model of public policy, which implies a change of government institutions through democratic elections, and the removal of all institutional democratic restrictions on their rule after gaining power on the basis of “democratic electoral legitimacy”. B&H needs a high degree of political socialization in order to build unity and common goals, and to promote integration processes.