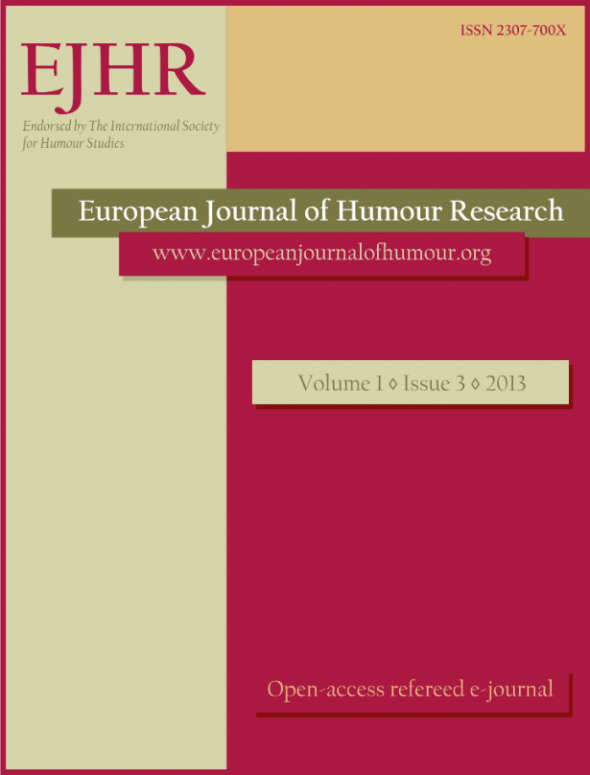 Summary/Abstract: The present research aims at identifying emotional states induced in observers of hospital clown interventions utilizing a list of clown-specific ratings, the 29 Clown Emotion List (CLEM-29, Auerbach et al. 2012a). Study 1 investigated whether hospital clowns elicit emotional states other than those already covered by scales representing existing models of emotional states. One hundred and nineteen adults watched videos of hospital clowns and circus clowns. After each video, they completed a general mood scale, a humour-related mood scale, the CLEM-29, and indicated the global intensity of positive and negative feelings towards each video. Results showed that emotional states elicited by hospital clowns go beyond states represented in general mood scales. Some elements of the CLEM-29 relating to humour and amusement overlapped with existing models of mood, but many other emotional qualities like “feeling connected to the clown” or feeling “appreciated” were not well represented. Some of the clown-specific ratings best predicted the positive experiences towards the videos. In Study 2, 183 adults watched 15 videos of hospital clown interventions, circus clown performances and nurse-patient interactions, and filled in the CLEM-29. Four factors emerged from a factor analysis of the ratings: amusement, transcendence, arousal, and uneasiness. Both circus and hospital clowns elicited amusement, but only the hospital clowns additionally elicited feelings of transcendence (i.e., feeling privileged and appreciated). Nurses also elicited transcendent experiences without being amusing. This research shows that prior studies underestimated emotional states elicited by hospital clowns, which go beyond a typical humour response.