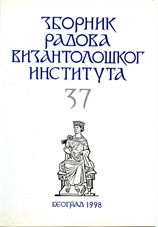 Summary/Abstract: A geographical treatise 'Descripciones Terrarum' appears on folios 3r to 4v in Trinity College Dublin codex 347 of the late thirteenth century. The author of this geography, whose very name is unknown, was most probably a Dominican or Franciscan friar. He completed his work between 1255 and 1260. The text, written in Latin, was conceived as the introduction to a larger work about the origins and customs of the Mongols, who made an immense impact on the consciousness of Western Europe in the thirteenth century. We do not know whether the larger work was ever completed, but this introduction is complete in itself and offers a concise review of the geography of the world. The text, which was published only very recently, even twice, attracted considerable interest among mediaevalists.