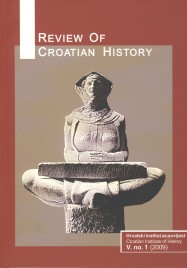 Summary/Abstract: Ivo Pilar (1874-1933) was among the most distinguished Croatian intellectuals of the first half of the 20th century. He actively participated in politics during his 20 years in Bosnia and Herzegovina. In his political activity, he sought a solution which he felt the most suitable to the existential needs of the Croatian people inside boundaries of the Central European geopolitical space. In the Kingdom of Serbs, Croats and Slovenes Pilar became persona non grata due to his political convictions. During the dictatorship of king Alexander he was politically close to the leadership of the then banned Croatian Peasant Party. His violent death remains unexplained to this day.