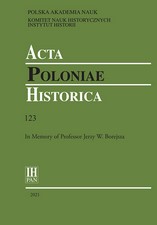 Summary/Abstract: Soviet ideological overseers did not consider the Warsaw Ghetto uprising an utterly taboo topic. However, on their general scale of notable events of the Second World War, the uprising belonged to the category of relatively minor episodes, worth mentioning mainly in the context of ‘more important’ themes, such as the presence of former Nazis in state institutions of West Germany or the collaboration of some Jews, most notably Zionists, with the Nazis. At the same time, the Soviet Yiddish periodicals, first Eynikayt [Unity, 1942–8] and then Sovetish Heymland [Soviet Homeland, 1961–91] did not treat the uprising as an event of secondary importance. Instead, they emphasise the heroism of the ghetto fighters.