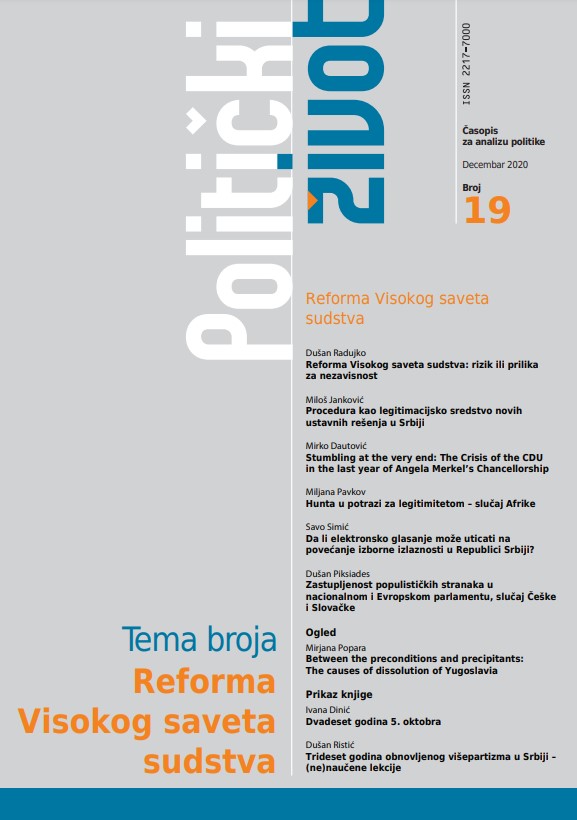 Summary/Abstract: This paper presents an analysis of the High judicial council reform suggested in the final Draft amendments on the constitution of the Republic of Serbia. The paper attempts to answer the question whether the reform presents a risk for judicial independence, or an opportunity for further strengthening of this branch of government. On an established theoretical frame, the paper provides a comparative analysis of the proposed constitutional arrangement with the current arrangement in Serbia, as well as two cases from comparative practice which are distinguished by their independence. The paper finds that the reform does not present a risk for judicial independence, while at the same time finding that its limited approach to guaranteeing independence does not provide a foundation for strengthening the judicial branch.