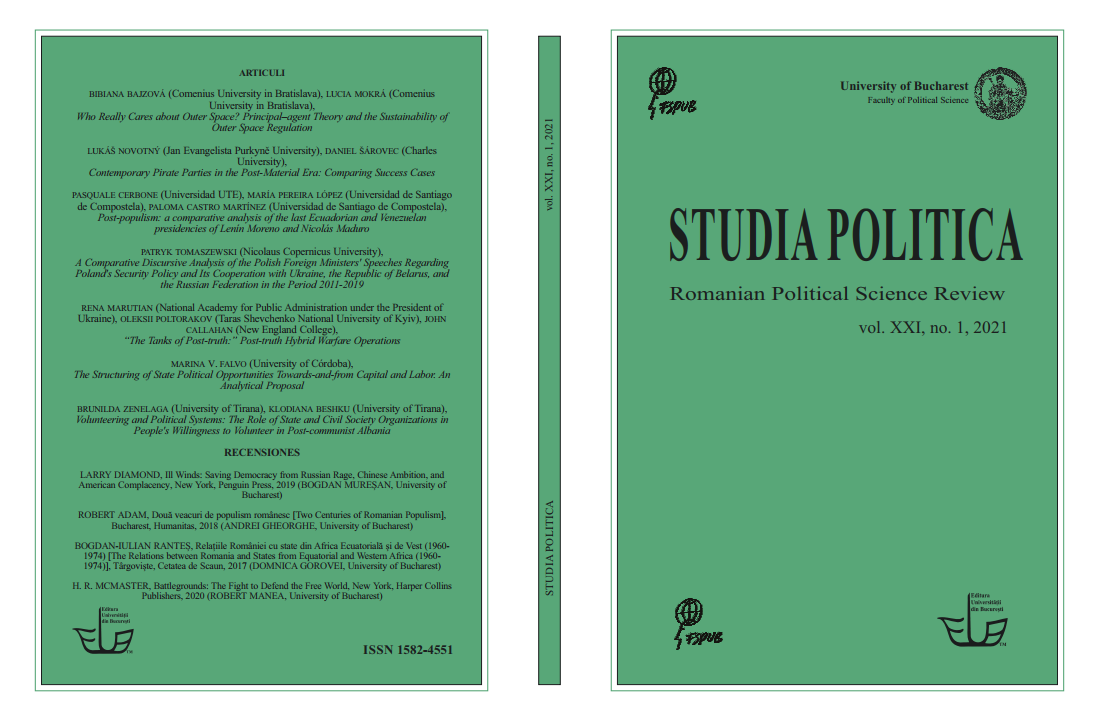 Summary/Abstract: Within the wider context of “post-truth” epistemological realities of hybrid warfare, this paper specifically examines the case of Ukraine, which has been directly involved in an active phase of a long-term undeclared war with Russia since 2014. It is a front line that exists geographically (Eastern Ukraine, the Donbasss, and Crimea), but also bears epistemological dimensions (media and linguistics, history and culture, social networks, and strategic communications among others) which extend beyond Ukraine to those countries of Central and Eastern Europe, such as Poland and the Baltic states, which are behind the front. This article is devoted to investigating the epistemological context of hybrid warfare, with a specific focus on the use of “post-truth,” and the various false narratives with which Russia has attempted to dominate discourse and to establish its own credibility in the regional and international stages, while simultaneously attempting to discredit Ukraine in particular and the U.S. policy in general.