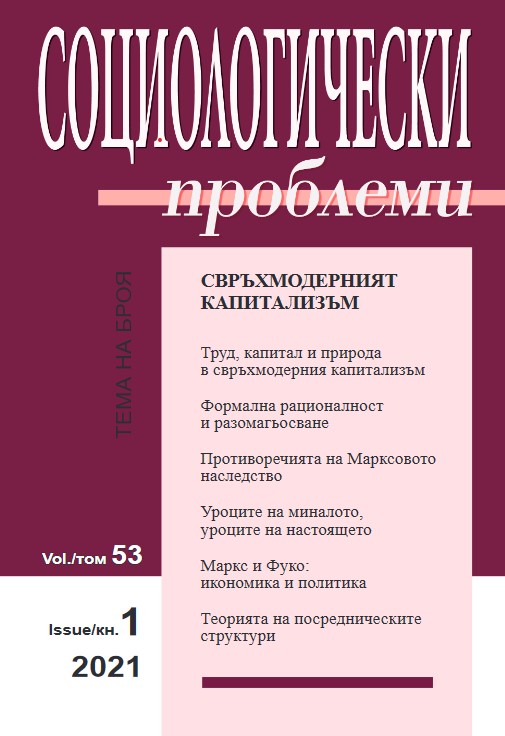 Summary/Abstract: As students of philosophy at the University of Sofia in the early 1970s, we were impressed by Prof. Petar-Emil Mitev. Using the simple sociological approach of counting the number of quotes from the officially dubbed “classic” authors (Marx, Engels, Lenin and Stalin) in the official Soviet journal “Voprosy filosofii”, he was able to highlight the subservience of Soviet philosophy to political conjecture. The conclusions, however, applied to all Soviet satellite states. This prompted us, self-organized in the so-called Marxian Seminar, to look for possibilities of criticizing “real socialism” through the discovery of “the authentic Marx”. Others from our group successfully entered the high echelons of communist government; that urged them and the rest of us to address the dilemmas of a sociologist facing totalitarian power. The attempt at critique of socialist reality via Marx failed; the experience of sociologists in power, since the 1960s up to the end of communism in 1989, had some success: thanks to them, certain reactions of the power elite became softer. On the other hand, sociologists were not consulted on decisions of the Communist Party’s Politbureau that shaped Bulgaria’s fate. It might be useful to compare problems of the positioning of sociologists then and now.