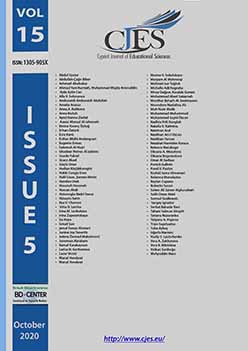 Summary/Abstract: The aim of the current study was to investigate the effect of the Primary Years Program (PYP) on the science process skills (SPSs) of children in early childhood education. The study design was quasi-experimental and focused on children attending private schools in Istanbul. In this study, the Science Process Scale developed by Ozkan (2015) was used. Herein, approval for this study was granted by the Ministry of National Education, and consent was given by parents, to determine differences between their preschoolers who were attending an International Baccalaureate (IB) and Ministry of National Education school. Before implementing the PYP, a pretest was applied to the children in the experimental and control groups. After that, the children in the experimental group attended the PYP for 12 weeks. Conversely, the children in the control group attended the program of the Ministry of National Education. Following this 12-week period, the children were given a posttest. When the pretest results were compared after completing the IB program, there were no significant differences between the experimental and control groups. After the 12 weeks, a significant difference was found between the two groups with regards to their SPSs. When analyzed according to the factors, there seemed to be no differences between the two groups. However, at the end of the research, an interesting difference was found between the post and follow-up test results in the experimental group.