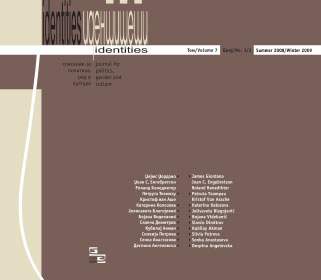 Summary/Abstract: Talking about identity in the age of globalization seems both redundant and necessary since identity has taken on such a prominent position in mainstream culture and politics. However, far from identity battles of the twentieth-century in the West, or ground zero of culture wars, nowadays identities are at the forefront of what many argue is nothing more than radical reification of categories, of recirculation and brining back to the master-fold of identity and oppression by using identity to create new niche marketing groups (such as gay or Black-oriented magazines,) to pit one identity against another, or create temporary reversals of roles within the same system of master-narratives. Most recently, it is the American elections that have show us, on a daily basis, how widely influential are the so-called politics of identity, and how highly problematic and ambiguous they can become.