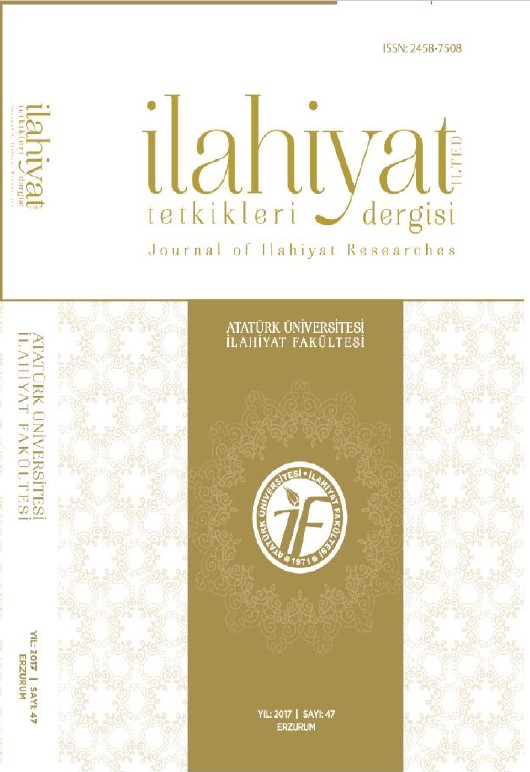 Summary/Abstract: One of the most important works of the Hanafî madhab, al-Hidaya Sherh Bidaye al-mubtedi, have included the views of other madhabs’ imams at some parts. In Kitab al-buyû, which is the book that we have taken as the basis for our work, Imam Malik was briefly mentioned only in one place. At twenty-seven places, sometimes brief mentions of Imam al-Shafi’i’ was made, sometimes only opinions of him were transmitted and sometimes the bases of his views were explained. And Ahmed b. Hanbal has never been mentioned. In this respect, the views of Hanafi madhab in al-Hidaya, the views of Shafi’i among all the madhab imams have been addressed in a comparative way. It is important that, to what extent the views of the other madhab imams and especially of Shafi’i, which are included in the work, are handled with a good sense. The Hanafi scholars have noted that the views of other madhabs’ imams were mistakenly located in a wrong way in few places of the work. In the work, the views of Shafi’i are addressed in the sections that are considered to be important. The views of Shafi’i have sometimes been in consistence with the views of the Hanafi madhab imam and his students. The views of Shafi’i in the work have been addressed in a precise way. Since it is partly concise, there are no details in the work; and thus some records and details of Shafi’i’s views have not been handled. In fact, his views, which are conditional, were considered as absolute views in the work, and in this respect, the work has become far from being able to represent Shafi’i’s views.