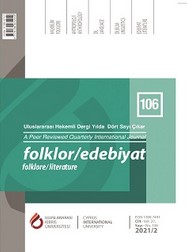 Summary/Abstract: Magic Seeds is a work of fiction, but it also serves as a reflection of the real world, the history of India, where value judgments in a society return to their starting point only by reforming in accordance with the reconstruction of a given society. Willie, who is in search of identity and a home, finds the remedy in joining the guerrilla order. However, here, he fights through the shadow of the past, which he can never escape. The shadow of the past is the hierarchy itself, and this article explores the never-ending transformation of hierarchy, anarchism, and the search for order through the novel Magic Seeds. This article is a comparative study of the novel Magic Seeds, and history, the Naxalite movement in India from the 1960s until the early 2000s. Through the historical revolutionary Naxalite movement and a political association of the Marxist–Leninist Communist Party of India in West Bengal in 1960s, this study also reveals why an anarchic movement apparently returns to its starting point, and legs behind the decolonization or reconstruction of a society due to the deep-rooted and pre-structured hierarchy in a society by considering the terms humanization, dehumanization, hierarchy, cast system, anarchism, transformation and reconstruction.