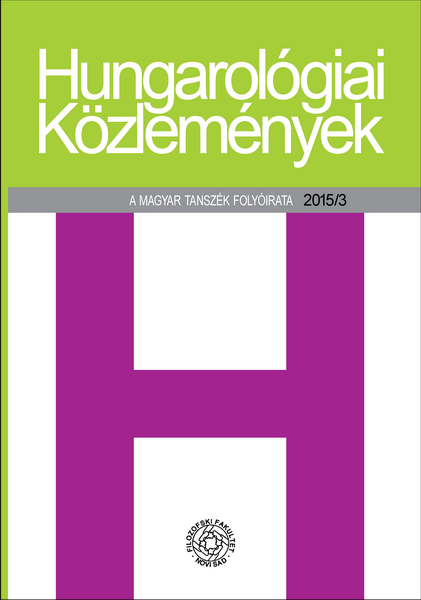 Summary/Abstract: The focus of my paper is the play Michael the Brave by Csaba Székely, a playwright from Marosvásárhely (Târgu-Mureş). The play was written for the National Drama Competition announced by the Weöres Sándor Theatre in 2013. In my lecture I am going to investigate the play from the perspective of its linguistic complexity and the stylistic functions of its language variations. The play is remarkable not only for its subject matter but also for its extraordinary style. The piece is set at the turn of the 16th and 17th centuries, focusing on the rise and fall of Michael the Brave, the Prince of Wallachia, who united the three Principalities under a single rule. The play is a risky venture also for its peculiar perspective. The present is juxtaposed with the past, pushing historical, social and political issues into the foreground in an uncompromising, selfironic way while utilizing a dense network of references to our Hungarian present. Csaba Székely has written a parody of a history play, a postmodern pastiche, in which the duality of the historic credibility and the fictional world is also projected onto its stylistic-linguistic character. Hence it is worth investigating how the multiple stylistic variations are created, each assuming its own perspective and truth.