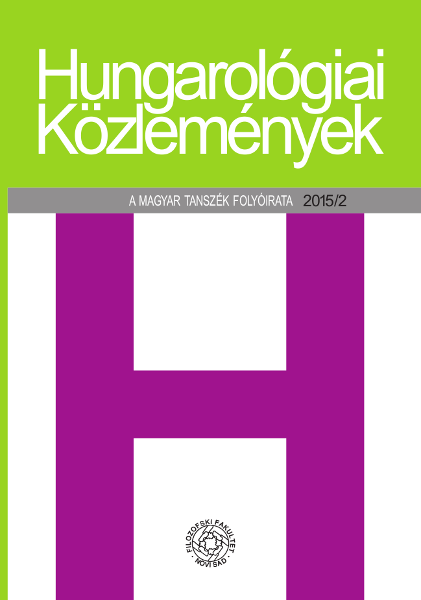 Summary/Abstract: After several initiations at the end of the 19th, it was only in the early 20th century (1906) that the association, the Literary Society of Bács-Bodrog County was founded, which brought together the writers of the regions and was active until the First World War. Its founders had intended it to be more of an educational and cultural society, but aside from that, its foundation was an integral part of both the literary effervescence of the time and the ambition to establish associations in the county seat. The literary society engaged in activities within the framework and grip of the golden age of middle class cultural habits and the relatively isolated provincial cultural life, and for this reason, those who attempted to appraise it differed in their opinions, and were rather unflattering in their assessment, without engaging into a thorough analysis of its work. This study gives a factual outline of the work of the literary association in Zombor proving, that in spite of its provinciality, beyond its original intent, by organizing literary evenings (Bács, Szabadka, Bezdán, etc.), celebrating the 40th anniversary of Mikszáth’s anniversary of his literary career (1910), announcing a literary competition (1910), and publishing a literary bulletin (Irodalmi Értesítő – 1909) and a literary almanac (A Bács-Bodrog Megyei Irodalmi Társaság Évkönyve, Zombor, 1912) it focused its activities on boosting literary life.