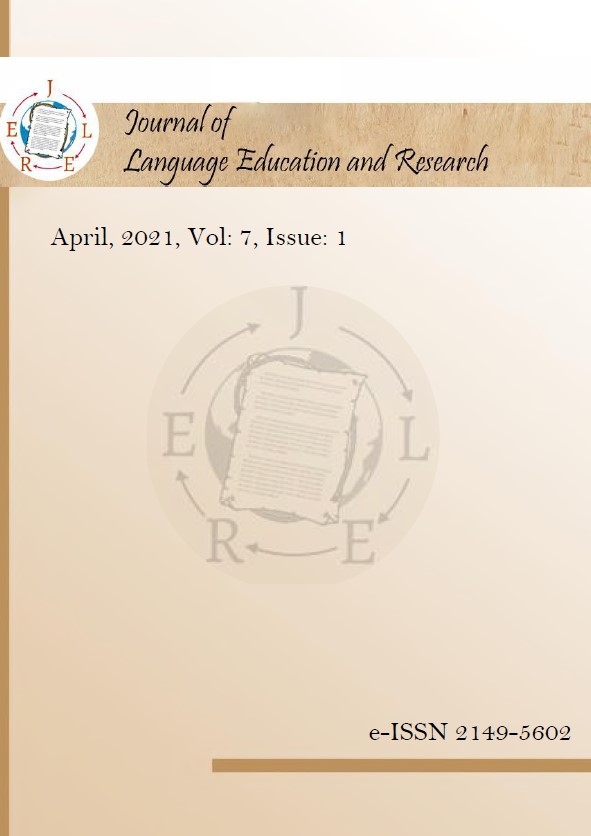 Summary/Abstract: The aim of the study is to determine the speaking skill levels of children between the ages of 60-72 months. The research group of the study consists of 60 children between 60-72 months in the city center of Antalya. Data were collected using the "Speaking Skills Assessment Scale". For this, the children were watched a short cartoon movie, and then they were asked to describe what they had watched in their own words. The data of the research were obtained by analyzing the conversations acquired from these interviews. Speeches were evaluated in terms of pronunciation, fluency and language competency. According to the findings, it was determined that the speaking skills of the participant children were at a medium level in terms of pronunciation and fluency, and a lower level in terms of language competency. According to the other results obtained from the research pronunciation skill level fluency and fluency level also predict language competency. While girls are more successful than boys in terms of their pronunciation, there is no difference between them in terms of fluency and language proficiency. In addition, the six-month age difference is not a variable that makes a difference in terms of pronunciation, fluency and language consistency. Based on these results, it is recommended to conduct studies in other age groups and with different tools.