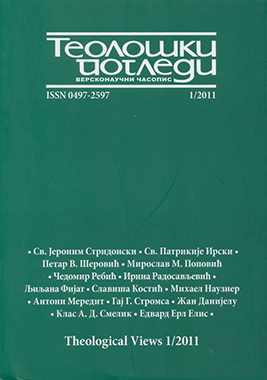 Summary/Abstract: Origen and Gregory of Nyssa on the Lord’s PrayerThe aim of this articleis twofold. Both Origen and Gregory of Nyssa treat of the Lord’s Prayer, the former in his owntreatise On Prayer, the latter inthe course of five sermons onthe same prayer. By means of an analysis of the methods of both writers and ofthe results at which they arrive I hope to illustrate theirrespective treatments ofthe same text and so to show how what began life as an eschatological prayer became inthe course of three or four centuries something rather different. A major difficulty faced by both writers is how to understandthe coming of the kingdom, if it is already there. My second intention, beyond thatof comparison is to assess what influence, if any, wasexercisedby Origenon Gregory.The answer arrived atis rather disappointing, above all for thosewho believe in a strong influenceon Gregory of his predecessor, by way of his grandmother, Macrina. Not only are the styles of the twomen quite different,but also, apart from a sortof common Platonism, their answersare often quite distinct.