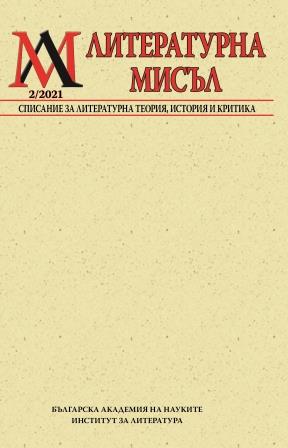 Summary/Abstract: This paper presents the satirical works of Vasil Popovich (1833-1897), most of them unpublished in his lifetime, and analyses them in the context of their time – the debates about the standard language, about literature and the Bulgarian Literary Society from the end of 19th century. In the focus are also the conflicted relations of V. Popovich with Ivan Vazov, Aleksandar Teodorov-Balan, Vasil D. Stoyanov, and Konstantin Jireček. The tension between them is interpreted as a manifestation of their competition for symbolic capital and for gaining an important position in society and literature. As a supplement, at the end is added an unpublished text by V. Popovich from 1887, written in an imitation of Oldbulgarian/ Church-Slavonic language as a personal letter.